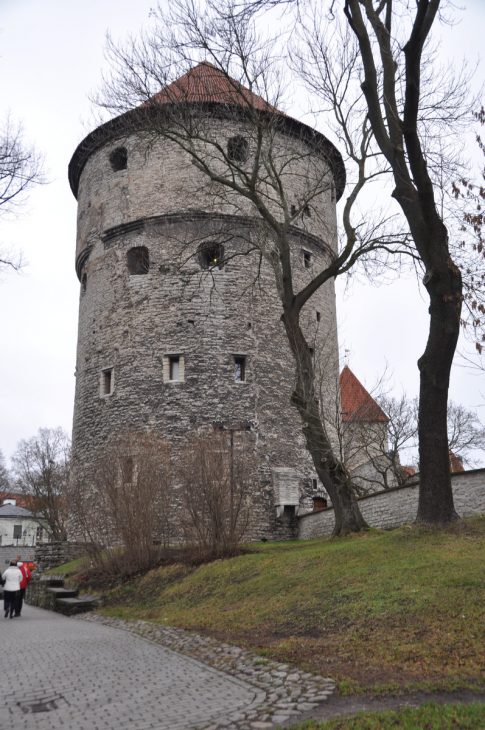 The city has a significant female surplus. The largest population groups are Estonians 53.21 percent, Russians 36.78 percent, Ukrainians 2.89 percent and Belarusians 1.43 percent (2017). The influx of Russians during the Soviet occupation was highly concentrated on the new high blocks in the districts of Mustamäe and Lasnamäe. Lasnamaë in the east, which covers an area of ​​30.0 square kilometers, is the strongest populated district, where about a quarter of the city’s residents live.

Tallinn has both the country’s main airport and main port. Almost all entry into the country is via Tallinn. In 2018, 3.3 million passengers took advantage of Tallinn Airport. More than half of the country’s exports and just under one-third of imports go over the city’s port. From Tallinn there are ferries to Helsinki, Mariehamn, Stockholm and St. Petersburg. The reconstruction of the country has provided many new jobs. Tourism is of great importance to the city. 4.5 million tourists visited Tallinn in 2019. The group of unemployed is a predominantly Russian-speaking group. More than half of all major registered enterprises are located in Tallinn and surrounding areas (Harju county).

Fortifications were built on the hill Toompea, the ‘Domberget’, just after the Danes’ ascent in 1219. With later extensions up to and including the 1500s, the city wall with the tower constitutes the framework of the old town. Notable here are the 46-meter-high tower Pikk Hermann (‘Lange Hermann’, from 1371 and 1500), the Paks Margareeta tower (‘Thick Margareta’, built 1518-29) with almost 4.75 meters thick walls) and the largest cannon tower, Kiek in de Kök (‘Look into the Kitchen’, built 1475-83) which now serves as a museum.

Within the old town area we find the Gothic style town hall from the 16th century; Europe’s oldest pharmacy on City Hall Square, mentioned as early as the 14th century; three churches from the 13th century: the city’s oldest, Lutheran cathedral (1233), Püha vaimu church, ‘the church of the Holy Ghost’, and Oleviste church (‘Olav church’, 1267) with the now 124 meter high church tower, which has served as a landmark for seafarers.

East of the city center, in the Pirita district, lies the mighty ruins of the church of the Littorite monastery, completed in 1436, but destroyed already in the 16th century by the troops of Ivan the cruel.

At the Lauluvalgak (‘Sanger Field’) below Lasnamäe, the big song festivals are arranged. There, hundreds of thousands gathered for mass meetings during “The Singing Revolution” in 1988.

Tallinn was already an important trading place in the 900s, and in 1219 it was conquered by the Danes. The traditional interpretation of the city name is “taani linen”, ie the “Danish city”, but in recent times “talilinn” is often mentioned. It should mean ‘winter town’ and be connected to the almost always ice-free outer harbor.

In 1285, the city joined the Hanseatic League and flourished due to trade between the Hanseatic and Russian cities. In 1346 King Valdemar sold Tallinn (together with Harju and Viru) to the German state order.

From 1561 the city was under Sweden until in 1710 it was conquered by Peter the Great. Tallinn lay down for a long time as a result of the war heroes and the competition from St. Petersburg, and only flourished again after the completion of the Baltic Railway in 1870.

After the November Revolution of 1917, the city was a short seat of an Estonian Soviet government. The German minority in Tallinn was “called home” by Hitler in 1939. The city center was severely destroyed by Soviet-Russian bombing on March 9, 1944. Integrated into the Soviet Union’s economic system, Tallinn became an important industrial city and transit port. The advent of capitalism in the 1990s has demolished some cultural monuments to make way for modern business. In 1997, the Old Town of Tallinn was listed on the UNESCO World Heritage List.

Great riots occurred among young people with Russian affiliation in late April 2007, when Estonian authorities began moving the war monument ‘bronze soldier’ ​​from 1947. The statue, erected by the Soviet Union after the victory of the Nazis during World War II, is considered by many Estonians a symbol on the Russian repression and occupation of Estonia, while the Russians see it as a liberation symbol. The statue was rebuilt shortly afterwards in the military cemetery in Tallinn.