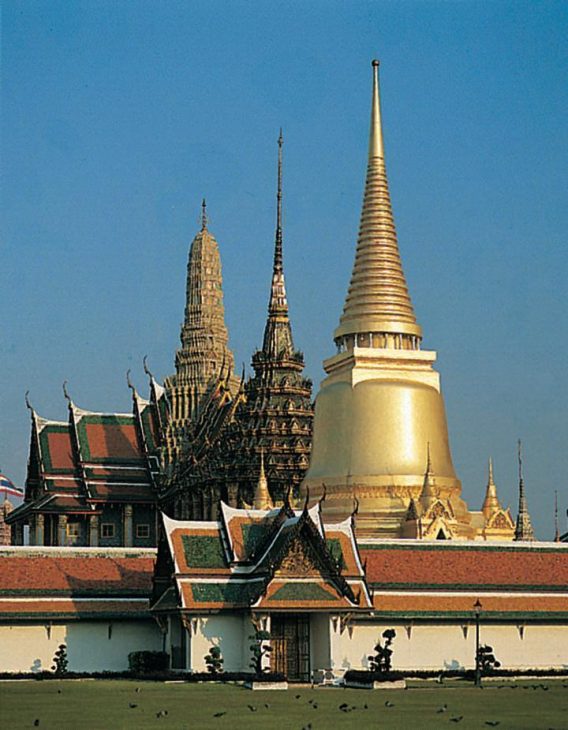 Bangkok is the capital of Thailand. The city is located on both sides of the Chao Phraya River, 40 kilometers from the mouth of this river in the Gulf of Thailand. The metropolitan region has 14 565 547 million residents (2018). It is assumed that there is also a large number of unregistered job seekers from other regions in the country at any given time.

The international name Bangkok is a simplification of Bang Makok, which the city was named until 1785. Bang means Thai city ​​/ place and Makok is a Thai name for a tree with wild plums.

Bangkok is Thailand’s dominant economic cultural and economic center and accounts for about one-third of the country’s gross domestic product. A major part of Thailand’s industrial growth has taken place in the Bangkok region, and the city today has a versatile industry including agricultural, textile, paper and chemical industries, cement and other building products, machinery, motorcycles and consumables, vehicle assembly and production of electrical and electronic components.

From the early 1980s until the mid-1990s, there was strong growth in the industry, especially as a result of foreign investment from Japan, the US, Taiwan and EU countries, among others. The foreign industrial establishments are mainly located in special zones around the city. A large number of Chinese colonies are active in economic life, especially in banking. Bangkok is also an economic center for the part of Southeast Asia that besides Thailand includes Vietnam, Laos, Cambodia, Myanmar and Yunnan province in China.

With 20.2 million tourists (2017), Bangkok is one of the world’s largest tourist cities.

There are numerous magnificent Buddhist temples and pagodas and approximately 700 Buddhist monasteries. Central to the older part of the city is the palace complex containing the grand royal palace (Grand Palace) and Wat Phra Kaew, considered the most sacred temple in Thailand. Nearby is Wat Pho with a 46 meter long statue of a reclining Buddha. Farther north in town is Parliament. In the Thonburi district on the western side of the Chao Phraya River is the Wat Arun Temple with its world-renowned profile.

Bangkok is the starting point for the four main lines of Thailand’s railway network. A new international main airport, Suvarnabhumi, was opened in 2006. The airport has more than 50 million passengers each year. The old Don Muang airport is used for regional traffic. An electric railway network, which runs on rails 12 meters above the ground, opened in 1999. A subway was opened in 2004.

Bangkok has its own port in the Khlong Toei district, but capacity problems in 1991 led to the development of the Laem Chabang deep water port (often called the Eastern Seabord) 110 kilometers southeast of the city and 25 kilometers north of Pattaya. Much of the export-oriented industry has since been sought to be established in that area.

Bangkok became the capital of Thailand in 1782 after the destruction of Ayutthaya. The city was originally surrounded by walls and intersected by canals (khlongs). Since the 1950s, Bangkok has been modernized, channels have been filled and wide streets have been laid. During the economic growth of the 1980s and 1990s, car traffic grew much faster than the road network, and Bangkok was probably one of the world’s largest traffic problems with extensive air pollution. The remaining ducts are also contaminated due to lack of cleaning systems. 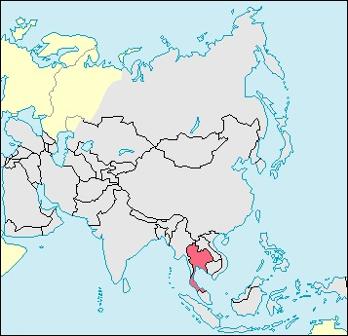