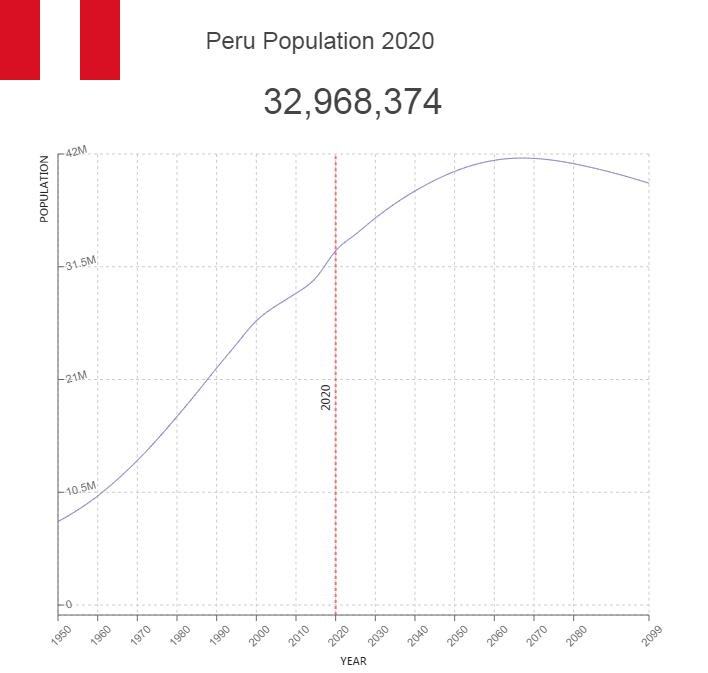 Peru was the last country to become independent in South America. The country is rich in mineral resources and is the world’s next largest producer of copper and silver.

Peru is one of the few countries in South America where Indians make up over half the population. The largest group is quechua, which alone accounts for almost half of Peru’s population. Just over 5% is aymara. The Indians are located in the highlands and in the tropical Montaña area, the “Mountain area”, on the eastern slope of the Andean highlands. In addition to Spanish speakers (mastis; about 30-35%) and Native American speakers, there are today minorities of Japanese, Chinese and Italians. About 1% are African Americans; many of these are descendants of Africans who were brought here as slaves in the 16th and 16th centuries.

Large sections of the Native American population have extremely difficult living conditions, including widespread malnutrition. Deep and widespread poverty in the countryside has created a profound impact on cities, which in turn leads to slumber, higher unemployment, crime and a number of major social problems.

Population of Peru by Year (Historical)

Major Cities in Peru by Population

Almost the entire population professes Christianity. About 89% belong to the Catholic Church; About 7% are Protestants.