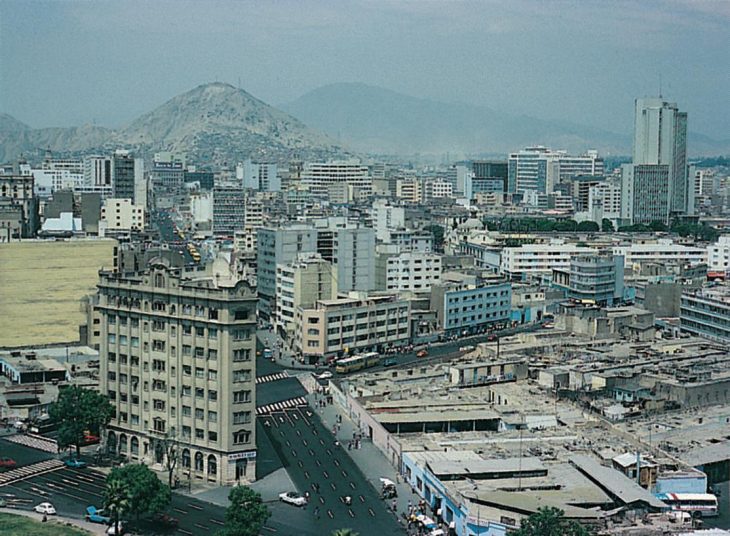 Lima is the capital and largest city in Peru, with 9,320,000 residents (INEI, 2018). The city is located on the river Rímac, 13 kilometers east of the port city of Callao on the Pacific.

Lima is located on a fertile plain, and has a relatively temperate, but precipitous climate. The average temperature varies from 15 ° C in the coldest month (July – September) to 22 ° C in the warmest month (February – March). In the winter months (June – September), the city is shrouded in a damp mist called garúa.

Lima is the country’s administrative, economic and cultural center and main traffic hub. The majority of foreign trade goes over the city. International Airport is located in Callao, 11 km from Lima. The industry has grown strongly since the 1930s and today accounts for the majority of Peru’s industry. In particular, textiles, foodstuffs and consumables are produced for the domestic market. Other industries include oil refineries, car assembly plants, iron foundries, cement factories and fishmeal factories. Lima is the seat of the oldest university in South America, the Universidad Nacional Mayor de San Marcos, (founded in 1551), a Catholic university from 1917, as well as a number of colleges.

Lima has many office buildings and modern blocks of flats, but is still characterized by the historic buildings and the rectangular, typical Spanish street pattern that are still preserved. At the magnificent Plaza de Armas (also called the Plaza Mayor) lies the cathedral (1535-1625) with Pizarro’s mummy, the Archbishop’s Palace and the National Palace. With its regular streets and numerous squares and walks, Lima is one of South America’s most beautiful metropolitan cities, but on the outskirts of the city are large slums (barriadas or pueblos jóvenes).

The settlement has spread far beyond the fertile plain down to the Pacific and the port city of Callao. On the coast are modern bath and villa suburbs such as Miraflores and Magdalena del Mar, while the industry is mainly concentrated in the area between Lima and Callao itself. The city’s historic center, with its many distinctive buildings, is listed on UNESCO’s World Heritage List. There are a number of museums, including the Archaeological Museum with interesting Peruvian ancient monuments, national library and botanical garden.

Lima was founded by the Spanish conquistador Francisco Pizarro on Epiphany in 1535. In colonial times, when Lima was to show King of the seat and the most important center of Spanish South America, bar city name Ciudad de Los Reyes (King City). During the War of Independence, Lima was a Spanish support point for 1821. During the War of the Nets during the years 1881–1883, the Chileans occupied the city.

Lima has often been ravaged by earthquakes, including in 1687, 1746 and 1970, when large parts of the city were laid in gravel. Few buildings survived the earthquake in 1746. In our day, Lima is one of the most expansive cities on the South American continent, but the steady influx of rural poor has created a chronic housing shortage and widespread slum problems. 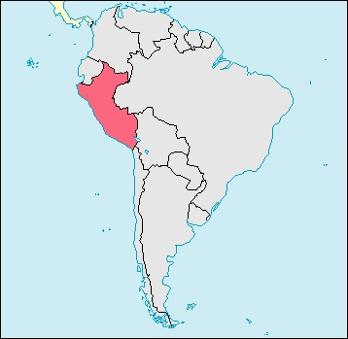