Ethiopia, state of northeastern Africa; 1.13 million km2, 109.2 million residents (2019).Ethiopia borders Eritrea in the north and northeast, Djibouti in the east, Somalia in the east and south-east, Kenya in the south and Sudan and South Sudan in the west. The capital is Addis Ababa (3.3 million residents, 2016).

The western part of Ethiopia is occupied by a mighty highland that is divided into smaller plateau areas by deep valleys. The highlands in the west are separated from the limestone plateau in southeastern Ethiopia by a narrow burial mound, which to the northeast is funnel-shaped to the Afarsink with the Danakil desert, which lies partly beneath the sea surface. Tributaries to the Nile drain the rainy western highlands where the country’s largest lake, Lake Tanas, is located.

The country has a federal parliament with two chambers: the Representative Council, which is elected every five years, and the Federal Council, which is elected by the regions. Jointly, the Chambers elect the President of the Federal Republic every six years. The president has the most ceremonial duties. The Council of Representatives elects a prime minister who appoints a government.

Agriculture is the country’s dominant industry. Misgrowth, war and neglect have led to recurring famine disasters in recent decades. The dominant export is coffee, which accounts for two-thirds of export revenue. The great dependence on coffee exports has made the country very vulnerable to fluctuating world market prices. 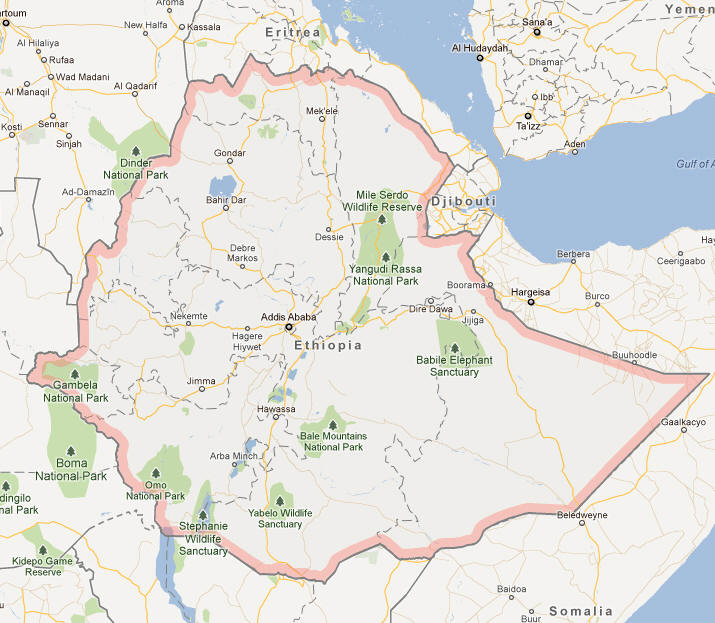