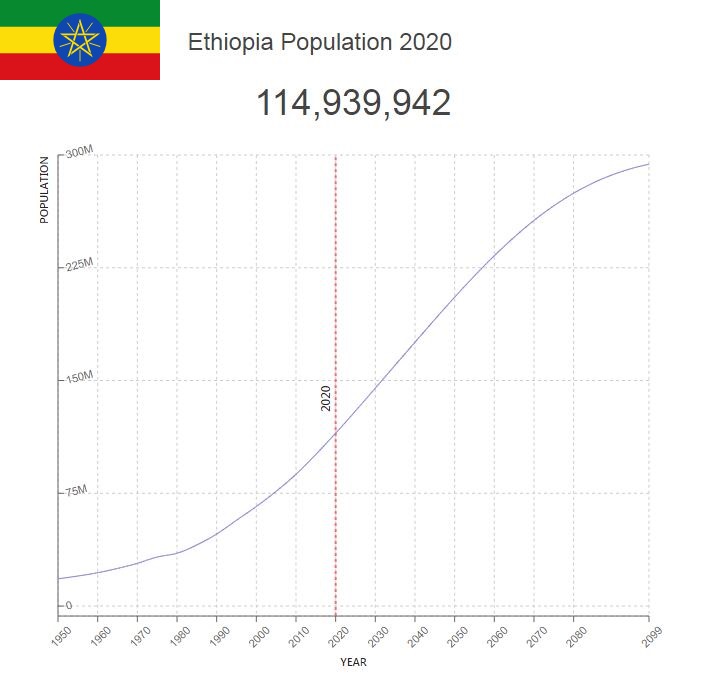 Ethiopia is one of the few countries in Africa that was never colonized. The country depends on what the soil can produce, and coffee is their main export commodity. 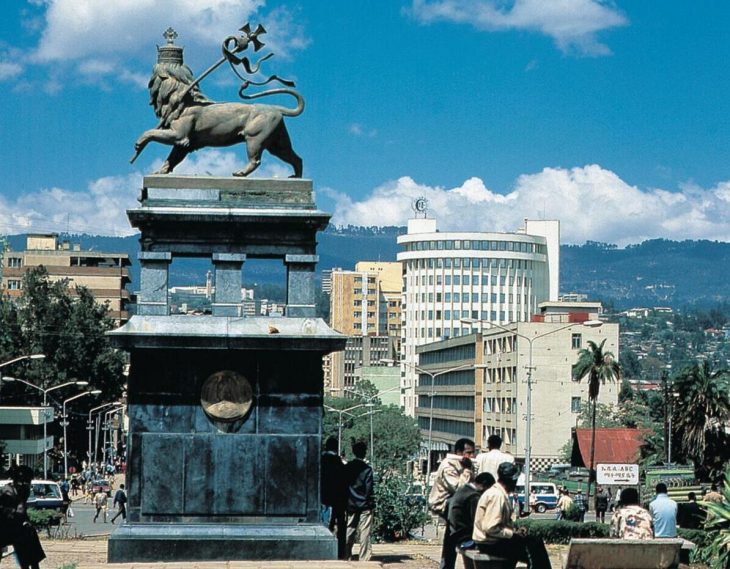 Population of Ethiopia by Year (Historical)

Major Cities in Ethiopia by Population

The population is not uniform and consists of many ethnic groups. The Semitic- speaking Amharas and Tigrans have traditionally been the dominant peoples. They live in the northern part of the country and around Addis Ababa, and according to the 2007 census (which includes Eritrea) accounted for 26.9 and 6.9 percent of the population respectively. Throughout the imperial era (the time before 1974), they formed a land-owned upper class in Ethiopia, and in addition, had political control. Even after the 1974 revolution, they retained their political leadership and many of their privileges.

The Oromans live in the central, eastern and southern parts of the country and make up 35 percent of the population. A small number (4 percent), but politically significant group is Somali. These are Muslims and live mainly as nomads in the Eastern Hararge area and in the Somali National Regional State (Ogaden), which accounts for almost a fifth of Ethiopia’s land area. They have long worked for the incorporation of their Ethiopian areas into Somalia.

Towards the border with Eritrea live afar (danakil) and saho, which are closely related to Somali both linguistically and culturally. These groups are also small in numbers. The largest ethnic group in the central southern part is sidamo (4 percent), while other groups in this area are kambata, hadiya and wolayta. At the borders of the west and south are a number of different people who are culturally related to the people groups in Sudan. Gurage is a small (2.5 percent), but influential business people.

According to the UN, Ethiopia in 2003 housed over 130,000 refugees from Eritrea, Somalia and Sudan. At the same time, some Ethiopians fled to Sudan because of war and food shortages. Repatriation of these is still ongoing and will probably continue for several years to come. Rioting, war and natural disasters have resulted in a large proportion of the population having poor living conditions.

The population density is on average 97 per inhabitant square km(2014), but the population is substantially concentrated to the highlands. The lower areas, especially in the east, are very sparsely populated. A migration program, launched in 1985, aimed to move approximately 1.5 million people from the drought-stricken areas north of the country (Wello) to more rainy areas in the southwest. The authorities aim to gather the agricultural population in large villages, thus facilitating the development of public service. Both the village and the migration program have met with resistance.

The majority of Ethiopia’s population is Christian (about 62 percent), distributed around 43 percent Orthodox, 18 percent Protestant and 0.6 percent Catholic. Muslims make up about 34 percent, while about 3 percent belong to traditional African religions. There was also an Ethiopian Jewish minority (falasha) who was largely evacuated to Israel in the years 1979-1991.