The city was founded by Emperor Menelik 2 in 1886, and was then concentrated around Mount Entoto. The area was then populated by the Oromans and was called Finfinne. However, the lack of water and wood for fuel meant that the flow was initially limited. After Menelik moved the palace near the hot springs of the city (Filowa), the population increased, and thus the country’s new capital was established. Addis Ababa was occupied by the Italians in the period 1936-1941, before Haile Selassie, with the help of Allied forces, regained the city and reaffirmed Ethiopia’s independence.

Addis Ababa has the status of both capital and regional state in Ethiopia’s federal system. It is divided into ten districts (Kifle Ketema) and 99 sub-districts. The Amharic constitute the largest ethnic group (47 percent), and Amharic is the official and most widely used language. The population is mainly Christian, with approx. 74 percent orthodox and approx. 7 percent of Protestants. The Muslims make up approx. 16 percent.

The city is Ethiopia’s political center, with the seat of the President, the Prime Minister and the House of the National Assembly. It is an important hub for trade and transport. It is home to the international airport Bole and the end point of the railway that goes to Djibouti on the Red Sea. Addis Ababa is also the most important trade center, where Mercato is Africa’s largest outdoor market. The retail industry has flourished sharply in recent years, and significant investments have been made in the development of roads and other infrastructure.

The city has a number of educational institutions, where the University of Addis Ababa is the largest and most important. It is also the seat of the headquarters of the African Union (AU) and the United Nations Economic Commission for Africa (ECA), making the city home to countless embassies. The Norwegian Embassy was established in 1991. Of historic buildings, mention is made of Menelik 2’s mausoleum, St. George’s Cathedral, a number of former imperial palaces and several traditional round churches. 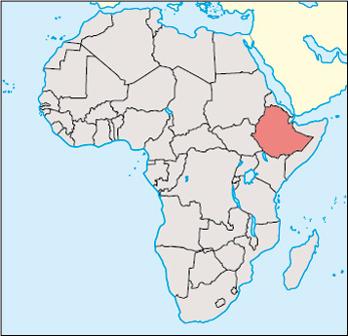