As of 2019, there are 27 airports throughout the state of Nevada according to IATA and ICAO. Through the table below, you can find name of each airport, its abbreviation, city location, and size. Airports in Nevada are listed in alphabetical order. Please note that some airports serve internationally, while the other only serve domestically. 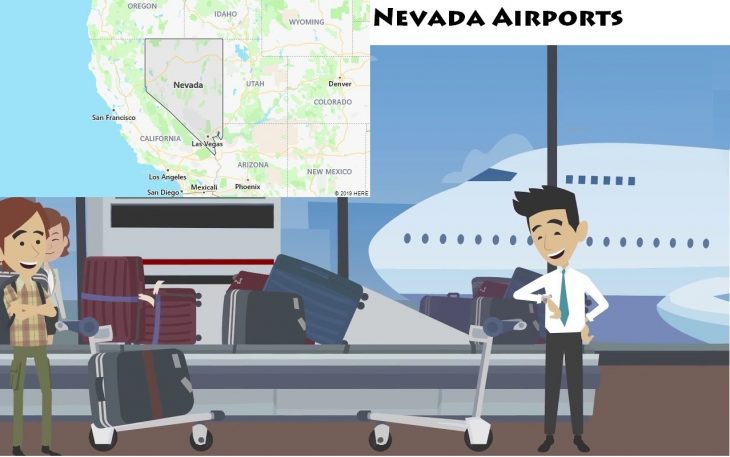 Nevada has 2.4 million residents (2016). The capital is Carson City and the largest city is Las Vegas.

In the 18th century, Spanish missionaries and fur traders arrived in Nevada’s current territory. In 1848, the region was assigned, by Mexico, to the United States. Nevada Territory was organized in 1861 and raised to state status in 1864.

Las Vegas is the largest city in the state of Nevada, where gambling was legalized in 1931, and the seat of Clark County, formed in 1909. The glamorous The Strip cuts the City down to the slopes of Lake Mead. Its luxurious casinos attract tourists and players from all over the world.

In the early 20th century, Las Vegas was a small rail service center in the middle of the desert. In the 1940s, Las Vegas began its journey to become one of the largest entertainment centers on the globe.