As of 2019, there are 47 airports throughout the state of Michigan according to IATA and ICAO. Through the table below, you can find name of each airport, its abbreviation, city location, and size. Airports in Michigan are listed in alphabetical order. Please note that some airports serve internationally, while the other only serve domestically. 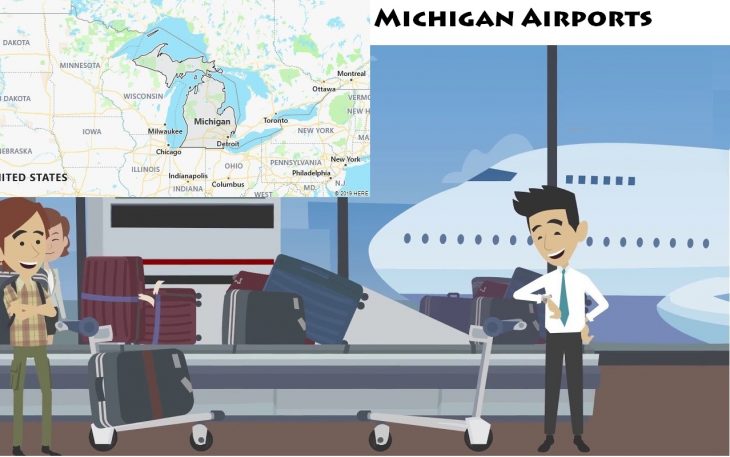 Michigan has 9.9 million residents (2016). The capital is Lansing and the largest city is Detroit.

Europeans arrived in the current territory of Michigan, in the 17th century. It became the territory of the United States in 1783, and was elevated to the status of state in 1837.

Detroit is the largest city in the state of Michigan and home to Wayne County. It is located in the southeast of the State in a strategic location in the Great Lakes region.