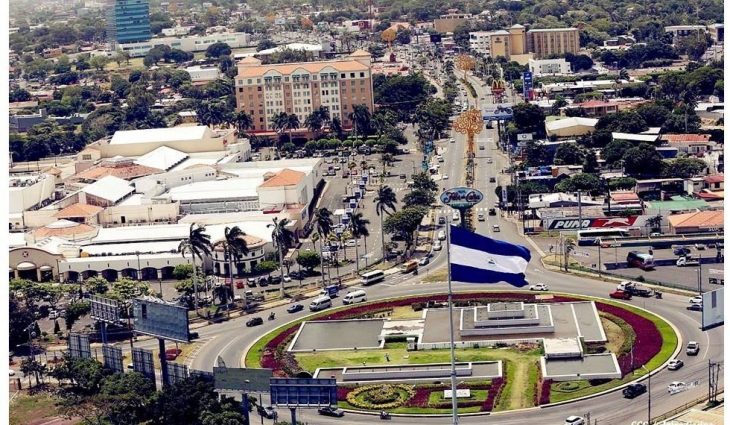 Managua is the capital of Nicaragua and is located on the southern shore of Lago Xolotlán, also known as Lake Managua. The city has 1,028,000 residents.

The area where Managua is now was inhabited by indigenous groups during the Spanish colonization. There are archaeological traces in the area that date back at least 20,000 years in time.

Managua was officially founded in 1819 by the Spanish colonial power and was named Leal Villa de Santiago de Managua. The city was a small and insignificant fishing village for a long time, but was chosen as the capital because of conflicts between the largest and most important cities of Leon and Granada as a compromise solution in 1857. Although Managua experienced significant growth after the city, the capital of Managua remained smaller than these cities. until the end of the 20th century.

Throughout the 1900s, the city grew significantly in size and popularity. It grew into a vibrant and vibrant city center on the shores of Lake Managua. The city was nicknamed Salsa City, and the city’s music scene and nightlife attracted prosperous tourists from both North and South America.

Managua had a population of nearly half a million in 1972 when a major earthquake destroyed much of the city. The earthquake killed 10,000 people, destroyed well over half of the settlement and left 300,000 homeless. This disaster became a global news event and aid broadcasts were sent from all over the world.

The earthquake also became a symbol of President Anastasio Somoza’s mismanagement, corruption and lack of involvement in the country’s population. The President was heavily catered for by the aid missions, and the work of reconstruction of the city was severely harmed by the President’s greed.

This failure to rebuild became a visible and powerful symbol of the popular resistance struggle against Somoza in the 1970s, and several of the president’s former associates began to support the revolutionaries as a result.

There were many battles between the revolutionary and the Somozas Guardia Nacional in the city over the 1970s until the revolution was a fact on July 19, 1979. The popular takeover was marked by huge crowds gathering in the streets and celebrating the revolutionaries who paraded into the city.

The Sandinist government had big plans for rebuilding Managua, but these plans were to a small extent realized, much because of the political turmoil in the country.

Most of the civil war took place in rural areas on the borders of Honduras and Costa Rica and there was little fighting in Managua. However, the war significantly affected the city when Managua experienced a huge rural-urban migration. The relocation flow from the areas affected by the civil war into the city was much greater than the capacity to accommodate. This led to significant growth of disorganized settler areas on the outskirts of the city.

Following the defeat of the Sandinists in 1990, the country went from being a socialist governing to being ruled by neoliberalists, and this political change quickly became visible in Managua’s cityscape as well. Arnoldo Alemán, who was mayor of Managua from 1990 to 1996 and the country’s president in 1996-2000, has become a symbol of the rise of neoliberalism in Nicaragua, and in Managua, this political change materialized in the construction of freeways, roundabouts, shopping malls and department stores. Under Alemán’s rule, one also saw an arrangement for foreign capital in the city in the construction of free trade zones (Zona Francas) on the outskirts of the city. These are industrial areas with adapted tax and duty policies.

Like so many other Latin American cities, socio-economic differences are visible in the cityscape of Managua. At the same time as slum areas have emerged on the outskirts of the city, the walls have been seen to be higher and security guards have become more numerous in the city’s more affluent neighborhoods.

The political struggle over the city’s expression has also materialized in recent decades. Following the last takeover of the Sandinists in 2006, many Sandinist political billboards and figures have been constructed and new urban development projects have been adorned with Sandinist colors and flags. This politicization of the cityscape is particularly evident in the new district of Puerto Salvador Allende, located on Lake Managua, just where the city center was before the earthquake in 1972. 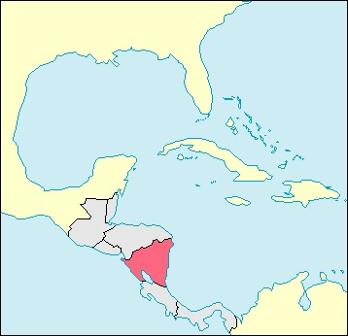