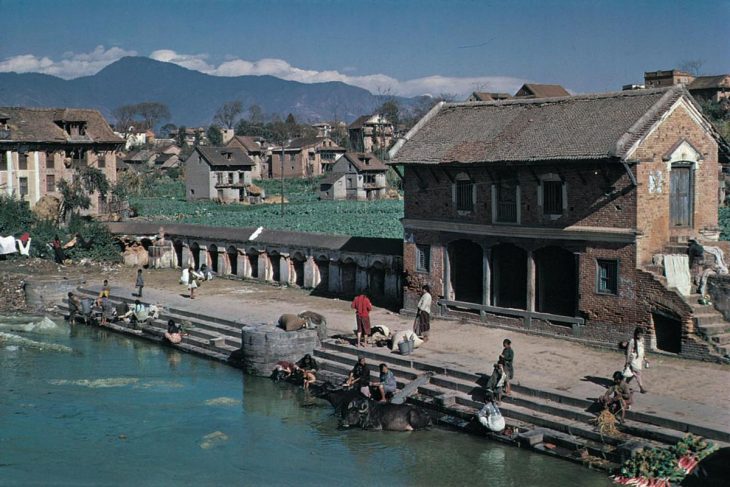 Kathmandu is the capital of Nepal and is located in the Kathmandu valley between the Himalayas in the north and the Mahabharat mountains in the south, 1325 meters above sea level. The city covers an area of ​​49.45 km2 and has 1.23 million residents (2017).

The name Kathmandu refers to a tree temple (kath, “tree”, and mandir “temple”) built by Raja Lachmina Singh in 1596. The city’s former name was Manju-Patan.

Administratively, it is part of Kathmandu district, which has 1,744,240 residents and an area of ​​395 km2. The district has the highest population density in Nepal.

Kathmandu is Nepal’s most important administration and trade center, and transport hub.

Many of the residents still live on agriculture. A number of Buddhist and Hindu temples provide great pilgrimage traffic. The city is also a major international tourist center with international airport (Tribhuvan) approx. 5 km east of city center. Seat of Tribhuvan University (1959). About half of the population are Newarians, who speak a Tibetan-Burmese language (Newari).

The old town center is around Asan Tol, with markets and bazaars. The most prominent historical monuments include the old royal palace (durbar), including the Temple of Taleju (1549), and Rani Pokhari, ‘Queen’s Reservoir’, from the 1600s. There are a large number of Buddhist and Hindu temples in the city itself and the surrounding area; several of these are on UNESCO’s list of the world’s natural and cultural heritage, including Swayambhunath, Pashupatinath and Boudhanath.

Many of the cultural treasures were destroyed by an earthquake in April 2015. Durbar Square in the center of Kathmandu was leveled with the earth with the twin pagodas Shiva and Narayan. The Dharahara Tower from 1832 was nine stories high and projected nearly 62 feet above the ground, with only ten feet remaining.

Kathmandu was founded 723 by Raja Gunakamadeva.and was an independent kingdom until 1768, when the ruling dynasty of Shah conquered the city and merged it with the other two city kingdoms of the Kathmandu Valley, Patan just south of the city on the other side of the Bagmati river, and Bhaktapur 12 km southeast of Kathmandu. The city was the headquarters of the Shah dynasty from 1768 to 2008.

The city was isolated from the outside world for hundreds of years, and was not opened to foreign aid and immigration until the 1950s.

Kathmandu is the country’s most important commercial center, and the importance of the city as the center of the national transport system increased in the 1970s. Then, new roads were built to Kathmandu and also opened for scheduled flights to the city’s airport (Tribhuvan International Airport).

In April 2015, large parts of the city were destroyed after Nepal was hit by an earthquake. The quake was the strongest in the country since 1934, and the epicenter was 77 kilometers northwest of Kathmandu. The city was seriously damaged, especially the buildings in the historic center. Tens of thousands were made homeless.

Dhulikhel University Hospital was established in 1996 as the first health service for the poor region with 1.9 million residents. The hospital has also established 12 medical centers in the countryside around Kathmandu.

Tribhuvan University was opened in 1959. 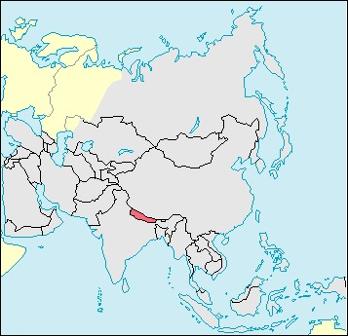