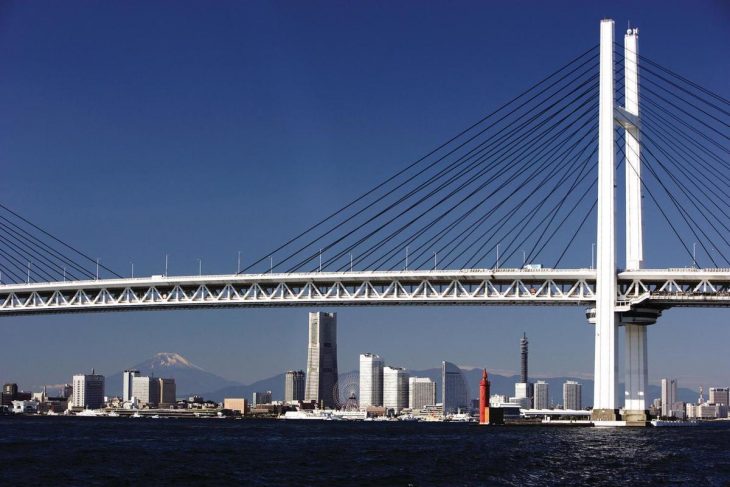 Tokyo is Japan’s capital, located on the southeast coast of Honshu Island, on the Gulf of Tokyo (in Japanese Tokyo wan). The city has 9,272,740 residents (2017).

Tokyo is the country’s economic hub and center of the world’s largest urban and industrial region, with 38,001,000 residents of the metropolitan region (UN, 2015). Tokyo prefecture encompasses both suburban and some agricultural villages as well as several smaller archipelagos in the Pacific. The Capital Region (Keihin), which covers an area of ​​approximately 10,000 square kilometers, includes a number of major cities.

In addition to its functions as the capital, Tokyo is Japan’s premier center for business, culture and education. The city is one of the world’s most important financial centers. Most Japanese banks and large corporations as well as a number of foreign companies are headquartered in Tokyo, and the city is the country’s leading center for wholesale and retail trade. Tokyo has significant graphic business and an extensive consumer goods industry with the production of electronics, optical equipment, photo equipment, pharmaceuticals, textiles and clothing, automobiles and more. The heavy industry includes huge steel mills, oil refineries, petrochemical plants and shipyards. The city also has a thriving tourism industry.

National and international lines of transport – ship routes, railways, roads and air routes – run together in Tokyo. High-speed train (Shinkansen) connects Tokyo with large parts of the country. Haneda International Airport, 14.5 kilometers southwest of the city center, was replaced in 1978 by a new and controversial major airport at Narita 60 kilometers northeast of the city.

There is a dense network of suburbs and subways, which carry only millions of passengers within Tokyo daily. Like so many other major cities, Tokyo has also shifted its population away from the inner city to the outer parts of the city. This has put tremendous pressure on the city’s transport network, and despite all the development, transport services are often inadequate. An estimated 40 percent of the city’s population has more than three hours of daily travel to work. There is a freeway connection (Tokyo Bay connection) over the Tokyo Bay, between the Chiba Peninsula on the east side and the town of Kawasaki on the west side of the bay.

The city has numerous institutions of all kinds, including a number of universities and colleges. Since 1980, there has been some decentralization of the higher education institutions, including the construction of a new university and research center in Tsukuba 50 kilometers northeast of Tokyo, where the World Expo-85 exhibition took place. The cultural institutions include the National Museum and the National Library, as well as several theaters and symphony orchestras.

The Western cultural influence is strong, and there are several institutions of Western art and culture. A popular tourist destination is Tokyo Disneyland, located on the eastern outskirts of the city following the pattern of similar theme parks in the United States.

The settlement is partly on the low plain surrounding the outlet of the Sumida River, and partly in a hilly terrace landscape, intersected by small valleys. The western part includes agricultural lands and suburbs, and extends west and northwest just into the Honshus mountain valleys. The city also encompasses large areas along the Gulf of Tokyo that are recovered from the sea. The bulk of the heavy industry is located to the port zone along Tokyo Bay.

Tokyo is located in an earthquake exposed area. After the earthquake in 1923 and the bombing during World War II, very little was left of the old settlement. Today, the cityscape is characterized by high-rise buildings, partly imaginatively designed. Part of the architecture of recent years is inspired by the traditional Japanese architecture.

The city center of Tokyo is located west of the Sumida River. Right in the center is the Emperor’s Palace, where castle tombs and parks adorn the Emperor’s residence. East of the Imperial Palace lies the business and financial district of Marunouchi, where many banks and large corporations have their head offices. Here is also the Central Station, and further east, Ginza, a street well known for its shops, restaurants and galleries. Most government buildings are located south of the Imperial Palace. Among these we find the building of the National Assembly.

Other attractions in the area include Meiji Shrine and Olympia Park, Tokyo Tower (333 meters high), similar to Paris Eiffel Tower, and Shiba Park, which houses the Zozoji Buddhist Temple. Here is the TEPCO Museum (Electric Power Museum) and other museums and theaters. North of the Imperial Palace is the Yasukuni Shrine, in the northeast, the ancient temple of Asakusa Kannon, the University of Tokyo and the large Ueno Park with several significant museums and collections (including the National Museum and the National Museum of Western Art).

Outside the city center are a number of large urban centers such as Shinjuku, Ikebukuro and Shibuya. These were built after World War II and are characterized by modern high-rise buildings. In Shinjuku, the Tokyo Metropolitan Government Building, designed by Kenzo Tange, rises 243 meters to the weather.

Tokyo originated in the castle of Edo, built in 1457. After Tokugawa Ieyasu came to the city in 1590 and was appointed shogun in 1603, the city experienced an explosive development. The area of ​​the Lords’ families and samurai occupied the western highlands, while traders and craftsmen lived on the lower part of the east. In 1613 Edo had about 150,000 residents, in 1720 well over 1 million. For the next 150 years, the population remained constant, but the city grew in area, partly due to relocation after fires. In 1868, the emperor moved to the castle of Edo, and the city was named Tokyo (“Eastern capital”).

Japan’s industrial revolution began in the Tokyo region, but the Osaka area (Hanshin) was the country’s most important industrial region until World War II. In 1920 the population was 3,358,000.

September 1, 1923, Tokyo was ravaged by earthquakes and fires that devastated much of the city. The land in the lower part of the city has since sunk steadily, and parts are now below the sea level.

During World War II, 50 percent of its residents lost their homes, and in 1945 the city had only 2.8 million residents. Still, the post-war reconstruction was fast, and expansion has continued. However, land scarcity is a constant problem, which is reflected in congestion, widespread high-rise buildings and very high land prices.

Tokyo was the organizer of the 1964 Summer Olympic Games.

In 1995, over 5,000 people were hit by the nerve gas sarin in Tokyo’s subway, 12 of which died. The attack was carried out by members of the sentencing sect Aum Shinrikyo. 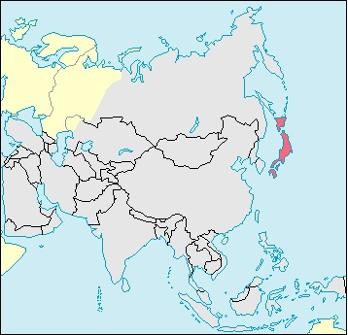