A fascinating cosmopolitan metropolis, with more than 7 million residents and 1,100 km² of area, combining oriental and western culture. Its population has a standard of living comparable to that of the great powers, with a GDP per capita of 43.8 thousand dollars. The cost of living in the city, however, is one of the most expensive in the world.

Hong Kong, called “Xianggang Tebie Xingzhengqu” by the Chinese, is located on a section of the choppy and mountainous coast of the China Sea, ideal for Asia’s busiest port.

From 1898 to 1997, Hong Kong was a territory administered by the United Kingdom and included the island of Hong Kong, small adjacent islands, the Kowloon peninsula and the New Territories. Since 1997, the area has returned to China as a special administrative region. It is the main commercial center in China. It has a free market economy, low taxes and minimal intervention by the central government, following the philosophy of “one country, two systems”.

Until the early 18th century, Hong Kong was just a small fishing village. In 1821, British opium merchants began to use the site as a base of operations, due to the excellent natural conditions of the port.

The entire territory was returned to China on July 1, 1997, becoming a special administrative region, following an agreement between the two countries. In an addendum to that agreement, the preservation of democracy in Hong Kong was guaranteed until 2047. 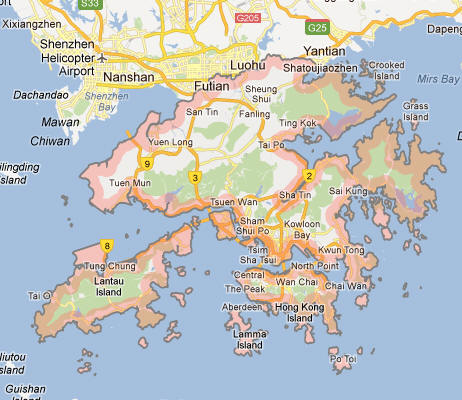