Comoros, African state of the Indian Ocean; 2,200 km2, 832,000 residents (2019).The Comoros, located in the Mozambique Canal northwest of Madagascar, consist of several islands, of which Ngazidja (Grande Comore), Mwali (Mohéli) and Nzwani (Anjouan) are the largest. Claims are also made on the island of Mayotte (Mahoré), which, however, still constitutes a French “collectivité territoriale”. The capital is Moroni (54,000 residents, 2011) on Ngazidja. 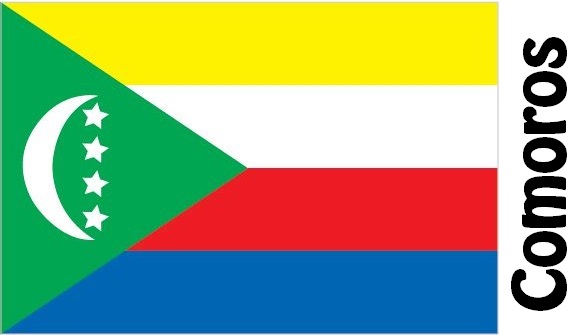 The Comoros is a volcanic archipelago that includes three larger islands and a number of small, all surrounded by coral reefs. Mayotte, the fourth major island in the archipelago, is linked to France. The tropical islands have a dry season in May to October, when the average temperature is 20 °C, while the rainy season in summer, November to April, is humid and hot, around 28 °C.

After several years of deep division between the islands of the Federal Republic, the Union of the Comoros was formed when a new constitution was adopted in a referendum in 2001. According to this constitution, the three islands of Ngazidja (Grande Comore), Nzwani (Anjouan) and Mwali (Mohéli) enjoy far-reaching autonomy. The Union is led by a president, who is head of state. The President and two governors represent the three islands and together form a Union Council. They are elected for five years, and the presidential post rotates between the three islands. The Comoros became independent in 1975.

It is a poor agricultural country and you have serious problems with overpopulation, high unemployment and a poorly developed transport network. More than half of the population is employed in agriculture. vanilla, cloves and ylang-ylang (perfume plants). 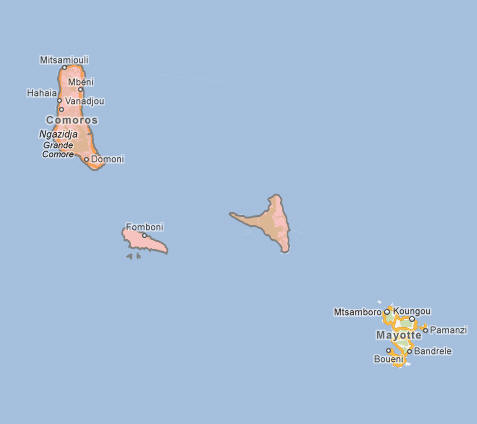