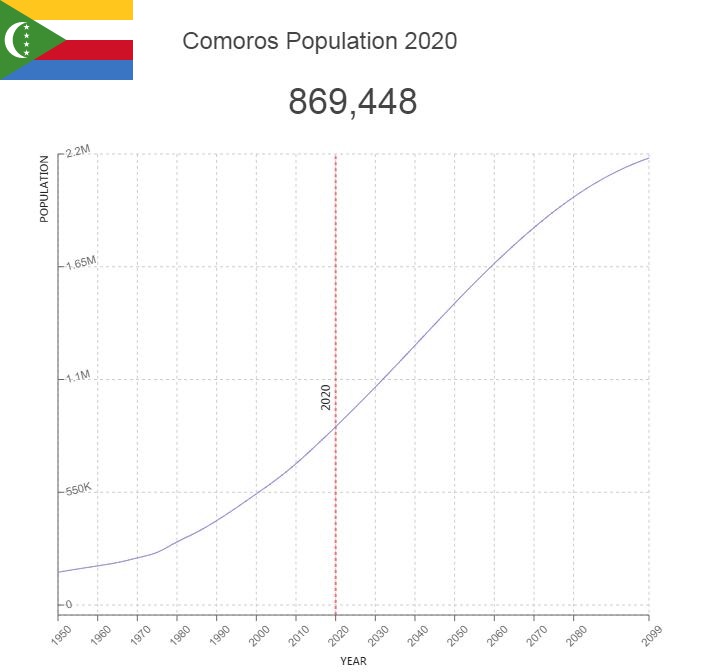 The Comoros have had 21 coups and coup attempts since becoming an independent nation in 1974 and is one of the world’s poorest countries. The name is of Arabic origin and means ‘the small lunar islands’. 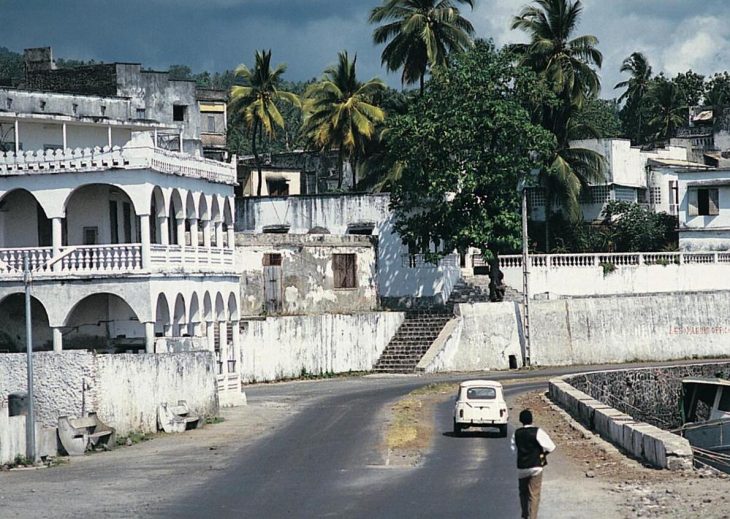 Population of Comoros by Year (Historical)

Major Cities in Comoros by Population

The population is mainly Sunni Muslims (over 90%), the remaining belonging to the Roman Catholic Church.

Arabic and French are official languages. A large part of the population speaks a bantu language related to Swahili (Comorian).