As of 2019, there are 30 airports throughout the state of Utah according to IATA and ICAO. Through the table below, you can find name of each airport, its abbreviation, city location, and size. Airports in Utah are listed in alphabetical order. Please note that some airports serve internationally, while the other only serve domestically. 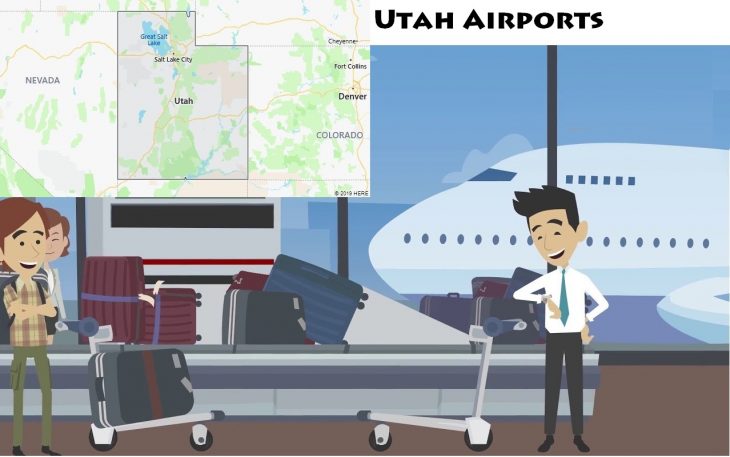 Utah (pronounced yutá) has 3 million residents (2016). The capital is Salt Lake City. The region is famous for its parks and impressive rock formations.

In the 18th century, Spanish missionaries settled in present-day Utah. In the early 19th century, the region was frequently visited by fur traders. Mormons arrived in the 1840s and founded Salt Lake City. Utah became a US state in 1896.

Salt Lake City is the capital, the largest city in the State of Utah and home to Salt Lake County. It is also the world headquarters of the Church of Jesus Christ of Latter-day Saints (Mormons). They settled in the area in 1847, at the northern end of the Salt Lake Valley. In 2002, Salt Lake City hosted the Winter Olympics.