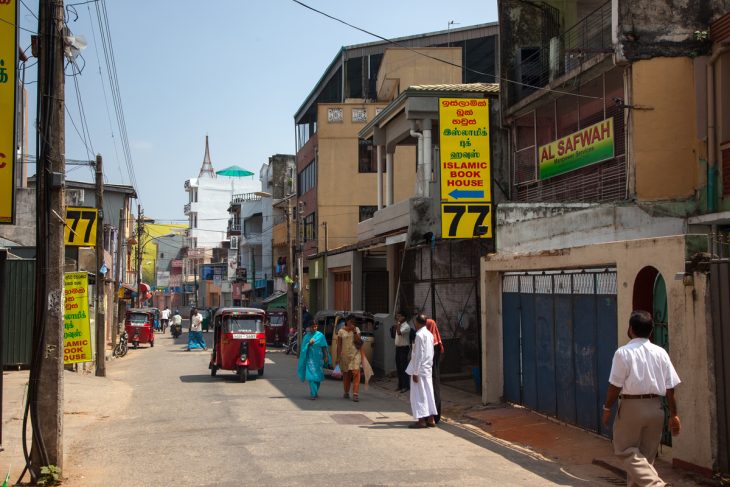 Colombo is a city in Sri Lanka and was previously the country’s capital. It is located on the west coast, at the end of the Kelani River, and has 649,000 residents (2017).

The population is very mixed: Sinhalese (mainly Buddhists) make up approx. 50 per cent, while Tamils (mainly Hindus) as the largest minority with about 40 per cent of the population. There are also great Christian and Muslim communities.

Colombo is the country’s most important center for trade, administration, finance and education. The harbor is well-equipped and has most of the country’s foreign trade, especially tea, rubber, copra, cocoa and spices.

The industry comprises the production of textiles, chemicals, foodstuffs, tobacco and more. There are several universities in the city and the oldest is from 1921. The city also has the National Museum and Planetarium. At Katunayaka and Ratmalana there are international airports.

The Fort City Center and Business Area is on the site of a 17th-century Dutch fortress, which was demolished in 1869. Just east of the Fort is the Pettah Bazaar. The Ul-Alfar Jumma Mosque is a distinctive red and white striped building with a bell tower and several minarets. South of the city lies the suburb of Mount Lavinia with large sandy beaches.

Both Chinese and Arab seafarers visited Colombo 2000 years ago. In the 700s, Arab traders built a trading post at today’s Colombo.

The name Colombo derives from the old Sinhalese word Kolamba, which means “port” or “ferry”.

In the 8th century, Arab traders settled near the area that is today the city’s port. From the 16th century, the city was developed by Portuguese, Dutch and British, who in turn established themselves on the island. From 1517 Colombo was Portuguese, from 1656 Dutch and from 1796 British.

The oldest districts in the city, which are closest to the harbor and north of Beira Lake, are known as Fort and P ettah.

The Fort district is still an important site for public and commercial activity, but to a lesser extent than before. Pettah has become a neighborhood with small shops, markets and sidewalks. The area of ​​Cinnamon Gardens, located south of Beira Lake, dates from the Dutch period.

Colombo’s most famous buildings include City Hall, Clock Tower, St. Lucia’s Cathedral and Galle Face Hotel. Other well-known buildings in the city are Wolvendahl Church, built by the Dutch in 1749, the University of Colombo (1921), several Buddhist and Hindu temples and the residences of the President and the Prime Minister

The capital functions were transferred to the suburban Sri Jayawardenepura Kotte during the 1990s. 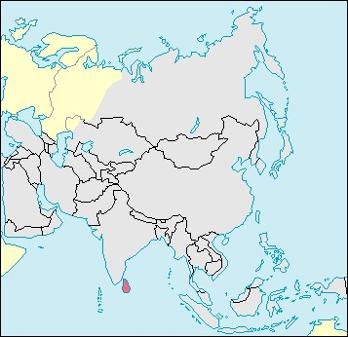