Founded in 1819, Perry County is the 66th biggest county by population (out of 67) in the state of Alabama. Historically, Perry County was formed from Cahawba, Dallas, Marengo, and Tuscaloosa counties. The city of Marion is the County seat. With population density of 14.71 residents per square miles, Perry County has a population of 10,591 and area of 719.66 square miles.

List of all cities and towns in Perry County, Al 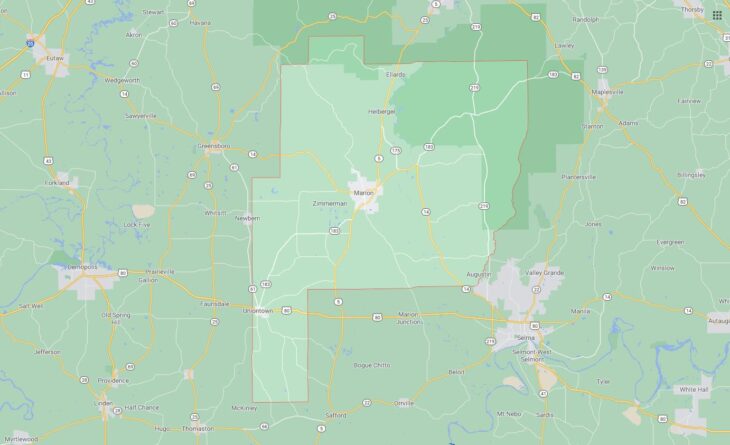