As of 2019, there are 27 airports throughout the state of South Carolina according to IATA and ICAO. Through the table below, you can find name of each airport, its abbreviation, city location, and size. Airports in South Carolina are listed in alphabetical order. Please note that some airports serve internationally, while the other only serve domestically. 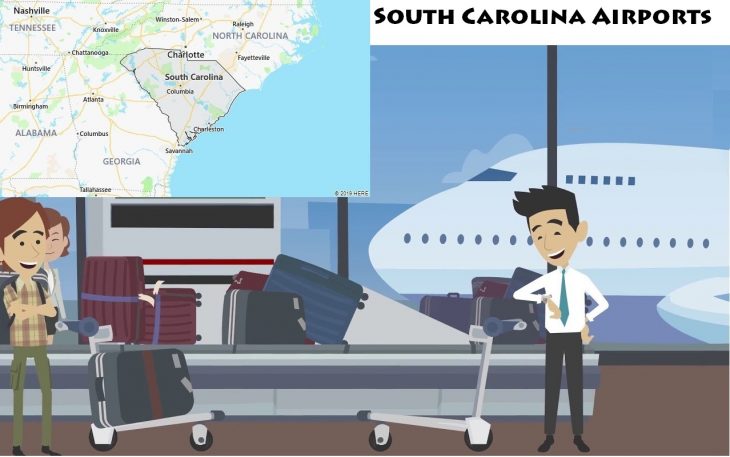 The state of South Carolina has 5 million residents (2016). The capital is Columbia and the largest city is Charleston.

Carolina was created in 1663 and divided in two in the 18th century. In the Civil War (1861-1865) North Carolina fought for the Union and South Carolina joined the Confederates.

Charleston is the largest and oldest city in South Carolina. It was founded in 1670 as Charles Town, in honor of King Charles II of England. The City is also home to Charleston County and a major port on the Atlantic coast of the United States.