Where is Belize located on the map? Belize is an independent nation located in North America. Check out the following images to see location of Belize on maps. 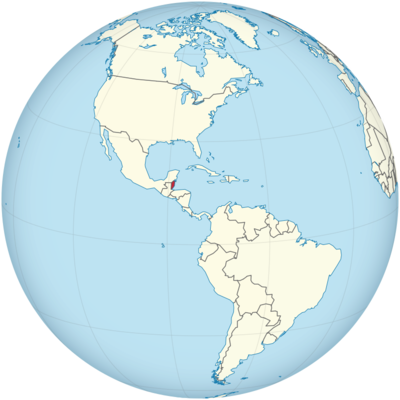 Belize is located in the southeast of the Yucatán Peninsula. Until 1981 the country was called British Honduras and was a British colony. When it became self-employed, it was named Belize after the Belize River, the river that flows through the country.

Belize is located in Central America on the eastern coast facing the Caribbean Sea.

There are several hundred small islands off the coast, the Cayes [pronounced: Kiies]. They are protected by a large coral reef that serves as a barrier (barrier reef). It is the second largest coral reef in the world (after the Great Barrier Reef in Australia).

There are also three atolls off the coast, of which Turneffe is the largest.

Tropical rainforest grows in the far south. So much rain falls here that the trees never shed their leaves. Countless species of orchids, ferns, lianas and tropical trees grow here.

Rivers and Lakes in Belize

Belize borders Mexico to the north. The Hondo River forms the natural boundary. Belize borders Guatemala to the west and south. To the east lies the Caribbean Sea, which is a tributary of the Atlantic. Belize is the only country in Central America that does not have access to the Pacific.

The north of the country was formed on what was once the seabed. The land is flat here. Bushes and trees such as cedars, pines, sapote or mahogany trees grow here. A savannah landscape connects to the south. It rains little here.

The coast is a swampy lowland in which there are many mangrove forests. Several rivers, including the Belize River, flow into the Caribbean Sea.

Although Belize is a small country, it has quite different climates. Overall, the climate is tropical. The rainy season is between June and December. In the south this starts a little earlier and takes a little longer. So the north is drier. In the mountains it is cooler the higher the altitude. Most of the rain falls in the south, where tropical rainforest grows. There is a risk of hurricanes between June and November.