The island of Reunion is located in the Indian Ocean off southeastern Africa, covering an area of 2,512 square kilometers. It has a population of 747,000, comprised of Madagascans, Africans, Europeans, and Creole. Reunion belongs to France and as such Catholicism is the primary religion, the official language is French, and the currency is the euro. The Capital is St. Nicholas (St. Denis).

In the mid-17th century 60’s, France used the island as a stopping point for its slave trade. In 1810 the island was occupied by Britain, and in April 1915, Britain and France signed the Paris Agreement will gave the island to the French. In September, 1848, it was formally named Reunion and in May, 1946, became a French overseas province, along with Juan Island, Europa Island, Bassas da India, Glorioso Islands, and Tromelin. The sovereignty of these islands has caused controversy and tension with Madagascar. The French ownership of Tromelin has also caused friction with Mauritius.

Reunion’s economy is based on agriculture, fisheries, and tourism. The cultivation and production of sugar cane, herbs, geraniums, and other spices are the main economic pillars. Reunion is not particularly industrialized and as such mainly relies on French aid. The local climate is hot and wet, providing suitable conditions for the growth of sugar cane, with planting areas accounting for about half of all cultivated areas. 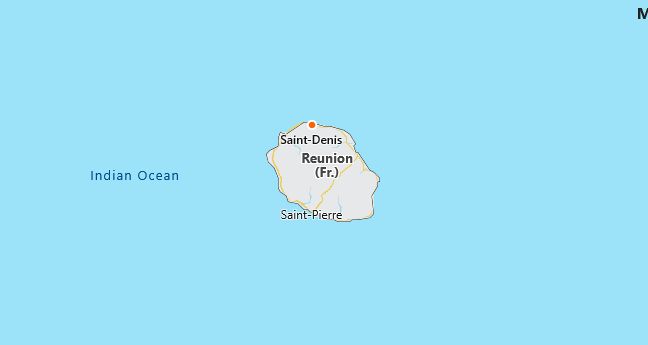