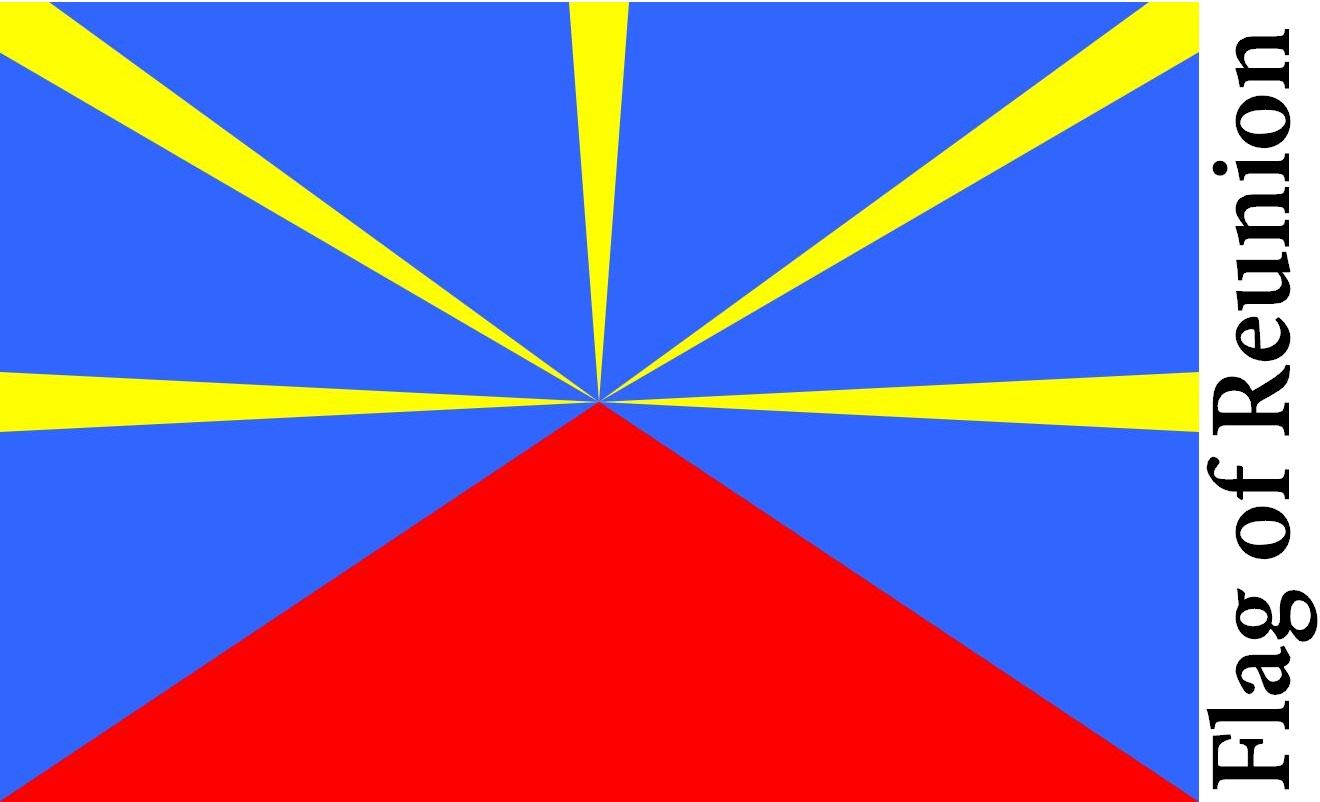 Reunion is an island in the Indian Ocean, 700 km east of Madagascar. Its origins are volcanic and the landscape is mountainous. The climate is tropical with extensive rainfall. The rivers are many and contain a lot of water. These conditions are favorable for sugar cane production, which is also the main economic activity. Another activity in rapid development is tourism.

200 km from the island of Mauritius and 700 from Madagascar travel a large rock of the Indian Ocean, the island of Reunion. Until the early 17th century, the island was uninhabited. That’s how the Arabs discovered it and named it Diva Margabin. Later, the Portuguese sailors called it Santa Apolonia. The French called it Borbón, and after the French Revolution it got its present name.

Colonial rule became the downfall of subsistence agriculture. It was replaced by export products such as sugar cane and coffee, which were produced by slave labor. In addition, fishing resources around the island were reduced as a result of overfishing.

From the 18th century, the French made the island an important military base in the Indian Ocean, along with other possessions such as Djibouti and the Comoros.

Since March 1946, the French colony administration has considered Reunion an “overseas department”. The transformation into a ministry was supported by the Left, both in Reunion and in France, where the Communists joined the government in the wake of Nazi defeat in Europe. The local bourgeoisie and the local French settlers supported the gradual integration of the island into the national French territory. But the political changes in France – where right-wing governments came to power – led to a general regrouping of the political forces on the island.

The sectors associated with the colonial interests began to defend the transformation to the ministry, but the Communist Party of the Reunions (PCR) changed their attitude and from 1959 launched a campaign for partial autonomy. Due to the shift in politics – where the line was now gradually independent – PCR was isolated for the following 10 years.

In July 1978, the UN Decolonization Commission declared itself in favor of the island’s full independence. Until then, the issue had only one issue between the colonial power and the colony, but now it became an international issue.

In 1978, a meeting was held between anti-colonial and anti-imperialist movements in and around the Indian Ocean. On this occasion, the Permanent Contact Committee was set up with the aim of creating a unified front against foreign domination. During the July 1979 European Parliament elections, PCS leader Paul Verges launched the thesis on bicolonialism. He criticized that Reunion was not only subject to French domination but also to the Community’s interests.

The production crisis and unemployment were not simply a consequence of adverse climatic conditions (including drought periods, cyclones, etc.), but were due to the very structure of the economy. The situation was further aggravated by the demographic explosion on the island, where the population had grown 20% the previous decade.

Street riots became more and more frequent as the situation worsened. In 1991, eight people died in clashes with police in protest of the closure of the “pirate TV station” Télé Free-DOM led by the popular Camille Sudre. Sudre – a Frenchman raised in Reunion – had a political list in record time and won the regional elections in 1992. The support of PCR enabled him to become president – one of the island’s highest posts.

Nevertheless, the top French administrative tribunal canceled the election results due to alleged irregularities and forbade Sudre to stand again. In a new regional election in 1993, the list of “Free-DOM” led by his wife, Marguerite Sudre, won another big victory. However, the new president quickly approached the French right, and was appointed minister in the conservative Edouard Balladur government in Paris (1993-95).

Unemployment reached 40% to its highest level in 1996, and it was even higher among the youth. In 1997, tensions and discontent were expressed through constant demonstrations.

In March 1998, PCR’s leader, Paul Vergés, was elected chairman of the Regional Council by 24 votes to 20 for UDF’s right-wing candidate, Jean-Paul Virapoullé. The result was a consequence of the support Marguerite Sudre had given Vergés, who in the first vote had not gained enough votes to win.

In 2001, Gonther Friederici took over the post of prefect. In 2002, the island was hit by the powerful cyclone Dina, which caused enormous damage to agriculture and infrastructure.

Although sugar exports continue to be the island’s main economic hub, the service sector has risen significantly in recent years. The government has also tried to develop the tourism sector to ease unemployment, which in 2004 affected one third of the labor force. The economy remains largely dependent on financial assistance from France.

The gap between poor and well-to-do is radical and a source of constant social tension. The white and Indian population have a standard of living close to the European, while the African population suffers from the same poverty and unemployment as that which characterizes Africa’s poorest countries.

In 2006, the tropical disease caused by the chikungunya virus hit Reunion, where 255,000 fell ill. The French Minister for the Interior was granted a relief package of DKK 36 million. Euro, and also sent 500 French soldiers who participated in the extinction of mosquitoes on the island. The disease originally came from East Africa and is spread by the same mosquito that spreads the dengue fever. Although not deadly, there is no medicine for it.

In August, reunion authorities investigated the possibilities of utilizing the geothermal energy in the island’s subsoil.

Didier Robert was elected representative of the Reunion to the French National Assembly in March 2010.

In 2011-13, 12 shark attacks took place in the waters around Reunion. In July 2013, the island’s prefect therefore issued a ban on swimming and surfing in the sea around half of the island.

Unemployment was a huge problem. In 2014, 30% were unemployed, and among the youth, the unemployment rate reached 60.

In July 2015, a wing part washed up on the coast of Reunion. Experts subsequently found that it originated from the MAS 370 aircraft that disappeared over the Indian Ocean in March 2014.

The volcano Piton de la Fournaise erupted in July 2017. During the previous eruption in 2007, 3 million flowed. m 3 lava daily down the volcano.