Anguilla, island in the Caribbean, the northernmost among the Leeward Islands in the eastern Caribbean; 91 km2 , 15,000 inhabitants (2018).The dry climate limits agriculture, which, however, produces beans, maize and sweet potatoes. Anguilla’s most important industries include fishing, with the export of lobster, and growing tourism. Anguilla is part of the Commonwealth. The capital is The Valley.

Anguilla is located in the eastern Caribbean, at the northern end of the Leeward Islands. Area of 96 square kilometers is home to a population of 12,700, most of whom are of African descent. The majority of the population profess to be Christian, and English is the official language. The currency is the East Caribbean dollar and the capital is the Valley.

In 1650, Anguilla became a British colony. In June 1825, the island was placed under British jurisdiction of St. Kitts. In 1967, Saint Kitts and Nevis became a joint member of the Commonwealth, with independent internal affairs, but with Britain retaining responsibility for foreign affairs and defense. On December 19, 1980, Anguilla formally separated from Saint Kitts and Nevis, once again coming directly under British dominion. On April 1, 1982 the Governor managed to change.

The economy is heavily reliant on tourism. Fishing, salt, and shipbuilding are also important industries, as is the international financial industry. 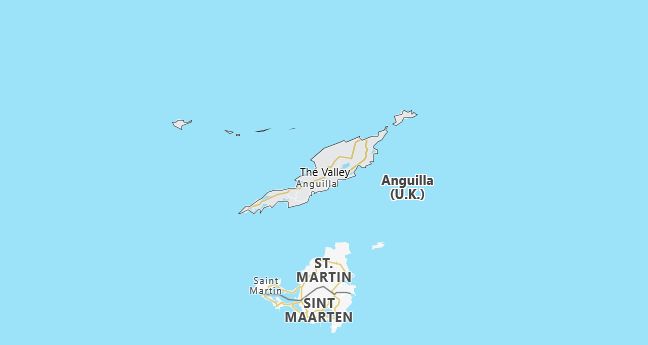