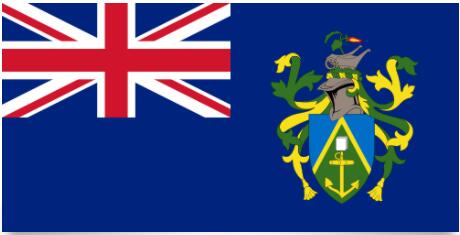 The country consists of 4 islands of volcanic origin, of which only Pitcairn is inhabited. The other three are: Henderson, Ducie and Oeno. The archipelago is located in the far eastern part of Polynesia, south of the crustal tropics and east of French Polynesia. The economy is based on subsistence agriculture, fishing, crafts and sale of stamps. Mineral resources have been discovered that have not yet been utilized. The climate is tropical, rainy, but moderated by the sea. The islands are frequently exposed to typhoons in the period November to March.

The people: The population is made up of British sailors who made mutiny from the ship HMS Bounty as well as women from Tahiti.

Government: Jonathan Sinclair, British High Commissioner in New Zealand has served as Governor of the Islands since August 2014. Shawn Christian has been Mayor of Pitcairn since January 2014.