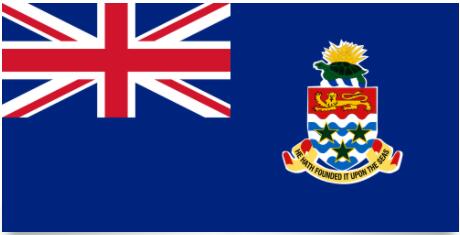 The archipelago is located west of Jamaica and south of Cuba and is part of the major Antilles in the Caribbean. It consists of the island of Gran Cayman, where the majority of the population lives, Little Cayman and Cayman Brac. The islands are of volcanic origin, the landscape is rocky but at the same time consists of significant coral deposits. The climate is tropical, rainy but slightly moderated by the ocean climate. The lack of sufficient quantities of fresh water is a serious problem for the country’s residents.

The people: 50% of the population are mulattoes (mixture), 25% are of European origin and 25% of African origin.

Government: Helen Kilpatrick is Governor. Alden McLaughlin has been head of government affairs (prime minister) since May 2013. The Legislative Assembly has 18 members, 15 of whom are elected and 3 appointed by the governor