In 2010, the population comprised 40 percent of Melanesians (Canucks), just under 30 percent Europeans and large groups from the Wallis and Futuna Islands, Indonesia, Tahiti and Vietnam. Per capita GDP is the highest in Melanesia. The economy is dominated by the mining and metal industries as well as tourism. New Caledonia has 25 percent of the world’s known nickel resources. In addition, cobalt, chromium, manganese, iron, copper and zinc are extracted. Only a small part of the land area is cultivable, and about 20 percent of the imports consist of food. 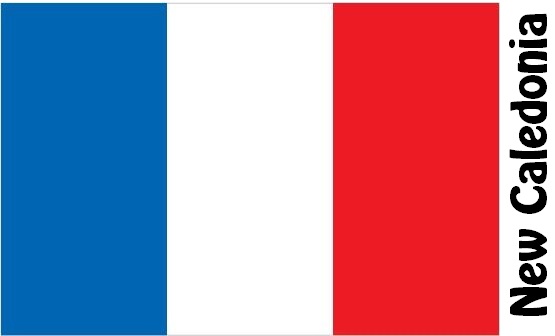 New Caledonia has since 1999 been a French “overseas country” (1946-99 an “overseas territory”). During the 1980s, repeated serious unrest took place as a result of contradictions between the Melanesian indigenous peoples, the Canucks, and the French and French kittens, Cold Showers.

The Canucks, who lived under colonial conditions, strive for independence, while the Kurds and immigrants from other areas of the region, who together form a scarce majority, want to maintain ties with France.

According to the Matignon agreement, a referendum on independence would be held in New Caledonia in 1998. This was not done, but a new agreement, the so-called Noumé agreement, was concluded between the French government and representatives of the Canucks and the Colds. It was approved by the French Parliament and by a large majority of New Caledonia voters in a local referendum. According to the Noumé agreement, the Canadian identity is recognized and New Caledonia is gradually gaining greater autonomy. For such a change to take place, support is required in a referendum on independence. One such was held in November 2018, when a majority (56 percent) voted against the proposal for independence.

New Caledonia is divided into three provinces, two of which are of the Canadian majority. The elected parishes of the provinces exercise local self-government and form a congress for the election of government and for decisions in joint affairs. The head of government is titled president. Since 2015, this post is held by Philippe Germain, who represents the French-friendly party Caledonie Ensemble (‘Caledonia together’).