The Isle of Man is directly subordinate to the British Crown, and thus not part of the UK. The island is self-governing in everything except defense and international relations. The Isle of Man is flat in the north and on the coasts, but reaches Snaefell on the island’s center up to 620 m above sea level. Main industries are found in the finance and tourism sectors (like the Channel Islands, the Isle of Man has very liberal tax laws), while traditional sectors such as agriculture and manufacturing are of minor importance. Main place is Douglas.

Traces of hunter culture from about 6500 BC has been found in several places. Over the following millennia, the island gained a resident population, whose megalithic tombs ( court cairns ) suggest connections with Northern Ireland. After 2500 BC contacts became even clearer, which is reflected in ceramics, implements and places of residence. During the Iron Age fortified facilities ( hillforts ) were built, and a farm building emerged. The Romans called the island of Mona or Monapia, corresponding to the Celtic forms of Mana and Manau.

The Isle of Man was colonized during the 400s and 500s by Irish, whose languages ​​were developed into Manx. In the 800s, Norwegian Vikings also settled here, which left many place names. During the Middle Ages, the Isle of Man exhibited a peculiar mix of Scandinavian and Celtic culture, e.g. within the judiciary. The island was the center of a kingdom, which from the 11th century to 1266 also included parts of the Hebrides and which formally obeyed Norway. In 1266, the Isle of Man was incorporated with Scotland. After being disputed between England and Scotland, the island was given in 1405 by Henry IV of England to Sir John Stanley, whose family ruled it until the 18th century. Since 1828, the Isle of Man has been a special possession under the British crown. 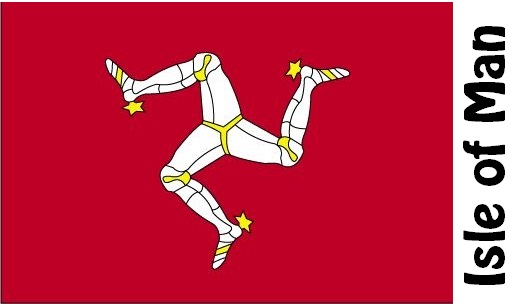