Guadeloupe, French Department of the Caribbean; 1 700 km2, 449 100 residents (2018).Guadeloupe is located farthest east in the Little Antilles, north of Dominica. The main island is a double island consisting of the islands of Basse-Terre and Grande-Terre, which is separated by a 50 m narrow strait, Salée. In addition, the department includes a number of surrounding islands, including Marie-Galante and La Désirade, and some more remote, such as Saint-Barthélemy and the French part of Saint-Martin.

The climate is tropical. Basse-Terre rises to 1,467 meters above sea level (Soufrière) and has very beautiful coasts with cliffs and sandy beaches, while Grande-Terre is quite lowland. The capital is Basse-Terre, but Pointe-à-Pitre (including Les Abymes) is the economic center and the largest city.

The population growth rate is the lowest in the Caribbean, 1 percent per year, partly due to significant emigration of young people. Most of the residents are of mixed origin, but here also Asians and Europeans live.

More than 90 percent of the population are members of the Roman Catholic Church, otherwise there are small groups of Hindus and Muslims.

When it comes to social institutions, health care and education, Guadeloupe is not far behind the mother country. Life expectancy is 78 years, child mortality is low and just over 90 percent of the population is literate.

Nevertheless, the economy is fairly underdeveloped. Livestock management, fishing, agriculture and tourism are the main industries. Sugar, bananas, coffee, vanilla and cocoa are exported, preferably to France. The industry is small and consists mainly of sugar refineries and cement production. The current account deficit is large. Transfers from the French state and emigrants constitute a significant part of national income.

Since 1989, much of the mountainous interior of Basse-Terre France forms the seventh national park.

The indigenous people, the Arabs, were displaced by the Caribbean in the 15th century, who for a long time successfully managed to ward off Spanish conquest attempts. In 1635 a French colony was founded on the island, which in 1674 was incorporated with France. For short periods, Guadeloupe was in British ownership. The years 1813–14 were the island in Swedish possession (see Guadeloupe Fund ). In the Peace of Paris in 1814 it returned to France. After supporting de Gaulle’s resistance during World War II, Guadeloupe became a French ministry in 1946.

Guadeloupe is located in the Caribbean, at the center of the Antilles. An area of 1,780 square kilometers is home to a population of 439,000, most of whom are of African or European descent. Most of the residents are Catholic, and French is the official language, with Creole also spoken.. The currency is the euro (formerly the French franc), and the capital is Basseterre. 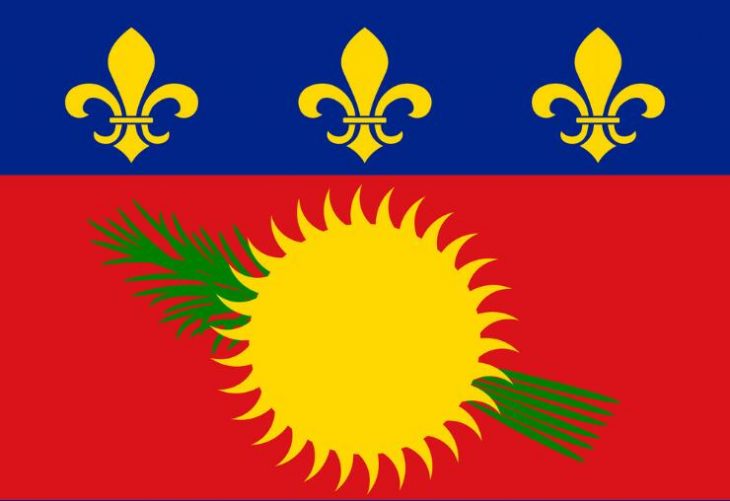 In 1495, Columbus arrived, and by the 16th century the Spanish ruled. In 1655 French colonialists occupied Guadeloupe, only for it to later pass to the British In 1815 it came under French rule again, and in 1946 became a French overseas province. In 1977 it was designated as a major area of France.

Economy on agriculture, tourism and light industry mainly rely mainly on its development in France. 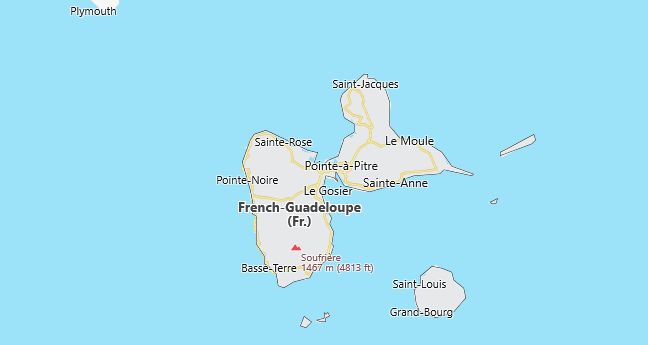