Guam, the largest and southernmost island among the Marianas in Micronesia in the western Pacific and US territory; 541 km2, 167 400 residents (2018).The capital is Hagåtña. The island consists of a coral plateau in the north and low volcanic mountains in the south which rise to just over 400 m above sea level. The climate is tropical, with temperatures between 20 and 30 °C year-round and an annual rainfall of about 1,800 mm. The vegetation consists of coconut trees along the coasts, pine forest in the interior and grassy heights. 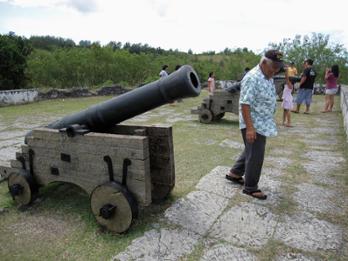 Guam belongs to the United States since 1898 and after World War II became one of the most important US military hubs, with large naval and air bases. Since 1950, the residents have been American citizens, but they have no voting rights in presidential elections and their delegates in the House of Representatives have voting rights only in committee work. The island is autonomous and has been governed since 1970 by an elected governor and a legislative assembly of 21 members. English is an official language, but the native chamorro, a people of Indonesian descent, has its own language, chamorro. One third of the land area is owned by the military, which completely dominates the economy. Military activities have led to the spread of environmental toxins, which among other things have damaged the groundwater.

The most important products in agriculture are bananas, maize, sugar cane, eggs and poultry. The industry is fairly insignificant. For a long time, assembling clocks was the only major industry, but since the 1970s there is also an oil refinery and some textile and food industries. Guam has long been an important hub for both air and boat traffic. There are direct flights to the USA, Australia, the Philippines, Japan, Thailand and surrounding islands. Apra Harbor is a major port for container traffic. The tourism industry is undergoing extensive expansion, and most visitors come from Japan.

The island was populated around 1500 BC, and an advanced culture developed here from around 800 AD. Guam was an important hub in the Pacific trade. The island came under Spanish supremacy in 1565 and became American after the Spanish-American War in 1898. Guam was an advanced United States base, taken by the Japanese on December 11, 1941. The island was withdrawn by the United States after bloody battles July 21-August 10, 1944, after strong naval forces were landed, supported by aircraft and artillery. After the war, the United States established significant military bases on Guam. In 1962, economic development began, when the military security arrangements were abolished. Guam got his first elected governor in 1971 and seat in the House of Representatives without the right to vote in 1972.

The Overseas Territories of Guam is under the jurisdiction of the United States, and is located in the Western Pacific Mariana Islands. Covering an area of 549 square kilometers, Guam has a population of 164,000, mostly of whom are Chamorro people, with others coming from the Philippines and the United States. Residents are Catholic and English is the official language, with Chamorro also spoken. Guam use the American flag and currency, and its capital is Agana.

In 1521 Magellan arrived in Guam whist navigating the globe. In 1565 the island became occupied by the Spanish, but after the end of the Spanish-American War in 1898, it became the property of the United States. In 1941 it was occupied by Japan, with the U.S. military obtaining it back in 1944 after a major naval and air campaign. In 1950, the United States, through the Guam Organic Act, declared Guam as an unincorporated territory, giving local governments autonomy in Guam, in the final Ministry of the Interior under the jurisdiction of the United States.

The island’s income is mainly dependent on tourism and the expenditure of U.S. naval and air bases located on the island. The services sector is a major local industry, with other major industries being construction, light industry, food processing, and oil refining. The main crops are tobacco and fruit. Recently, the Government of Guam wanted to turn the island into an offshore financial center, but the plan was not implemented. with Guam and the ability to obtain the status of Federal Territory has a lot. 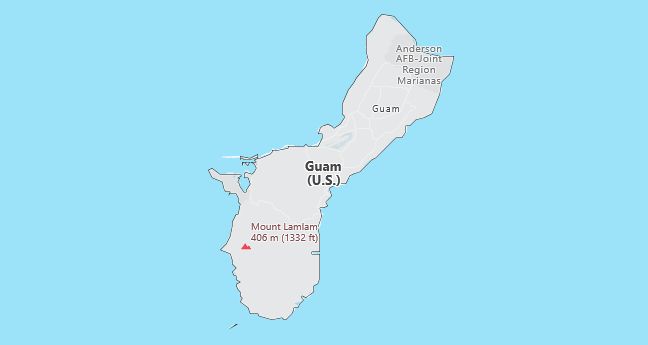