Where is Tonga located on the map? Tonga is an independent nation located in Polynesia. Check out the following images to see location of Tonga on maps. 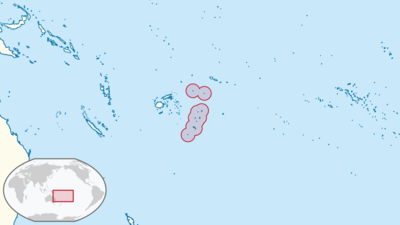 The islands of Tonga are also called Friendship Islands and can be found in Oceania. Tonga is a kingdom that is divided into smaller island groups. In total, Tonga consists of 170 islands, of which only 40 are permanently inhabited. The land area of ​​all the small islands is 749 square kilometers, but the water area is 700,000.

Incidentally, Tonga is the first country in the world to greet a new day every morning. As the? The international date line deviates between the 15th and 30th degrees of latitude especially for the Tongan Islands from the 180th degree of longitude. Tonga is right on the date line and exactly where time begins.

Otherwise, the small country, which by the way has never been colonized by a European country, is quite unknown to most people. Tonga is also the only remaining kingdom in Polynesia.

The Kingdom of Tonga is essentially divided into four archipelagos and individual somewhat larger islands:

In addition, the two Minerva reefs also belong to Tonga. The highest point in the country is on the Tonga island of Kao and is 1033 meters high. On the map you can see the Vava’u archipelago with its many small islets.

Tongatapu means “holy garden of the king” and is derived from the term tapu (holy). We also know the word “taboo”, which means something similar.

On the adjacent map of Tonga and the islands of Tonga you can see the exact location of the archipelago.

A new small island was created when a volcano erupted in 2014. We don’t know how long this will last. It may also go away again. Often the bottom of these newly created volcanic islands is too brittle to withstand in the long term, then the island simply disappears into the sea again.