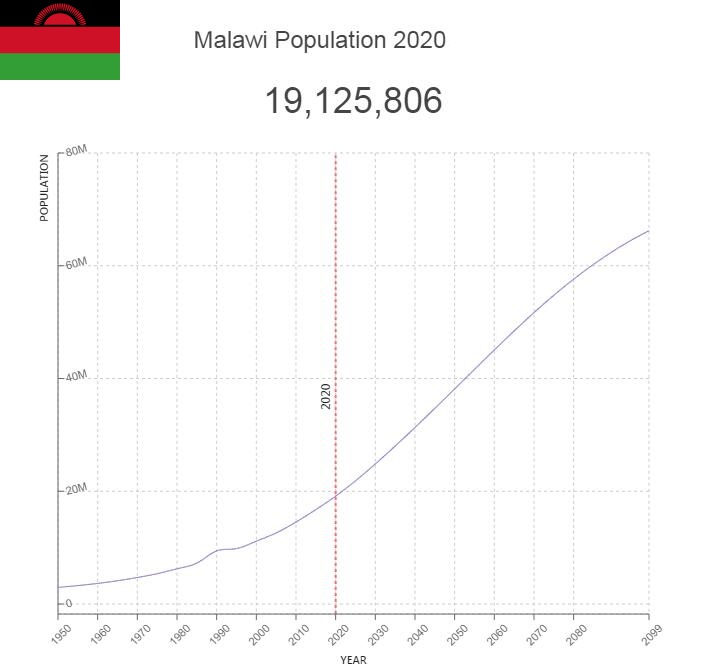 As one of the poorest countries in the world, Malawi relies heavily on aid. Most of the population lives on agriculture, which makes the country vulnerable to climate change.

Malawi, with its 18 million residents (estimated by 2017), is one of Africa’s most densely populated countries. The largest population concentrations are in the central and southern parts of the country. About 80 percent of the population lives in the countryside, but the city’s share of the population is increasing. The largest cities are Blantyre, the capital Lilongwe and Mzuzu in the north of the country. The pressure on land resources is intensified by the fact that large land areas are not suitable for cultivation, while other areas are regularly exposed to drought and/or floods. 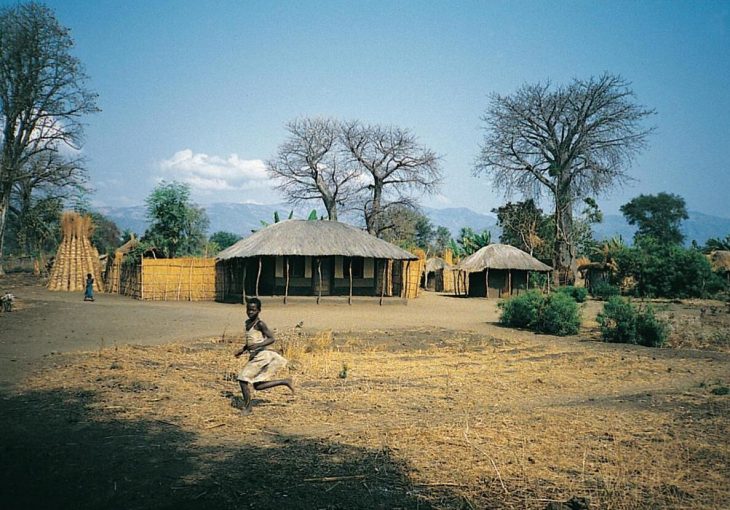 Population of Malawi by Year (Historical)

Major Cities in Malawi by Population

The birth rate in Malawi is high, and close to half the population is under 15 years of age. Annual population growth is approximately 2.4 percent, a relatively high figure considering high mortality rates, among others. at birth and at maternity. However, in January 2016, the country’s Ministry of Health was able to provide figures showing that Malawi has now reached the WHO standard/Millennium Development Goals. child mortality, while one is halfway to the goal of maternity mortality. According to the UN, an estimated 15 percent of the adult population lives with HIV/AIDS.

The population belongs to 30 different Bantu-speaking people (cewa, nyanja, lomwe, yao, tumbuka, sena, tonga, ngoni and ngonde), all of whom have their own languages ​​and cultural traditions. These began to migrate into the area in the early 1400s. The population also includes some Indians, but the proportion has declined sharply since the 1960s. Malawi was one of the countries that received the most refugees from Mozambique during the civil war there; the last of these traveled back in the mid-1990s.

English and chichewa (chewa, maravi, nyanja) are official languages. Chichewa is a bantu language and native language for well over half of the country’s population. Other widespread local bantu languages ​​are yao (1.3 million residents), ngoni (650,000) and lomwe (1.8 million).

Malawi has one of Africa’s most stringent laws against homosexuality, with a 14-year prison sentence for “hard work”.