Brazil is the largest country in South America and the largest economic power. The country has major environmental challenges and the economy is struggling. Equalizing the differences between poor and rich is one of the country’s biggest challenges. 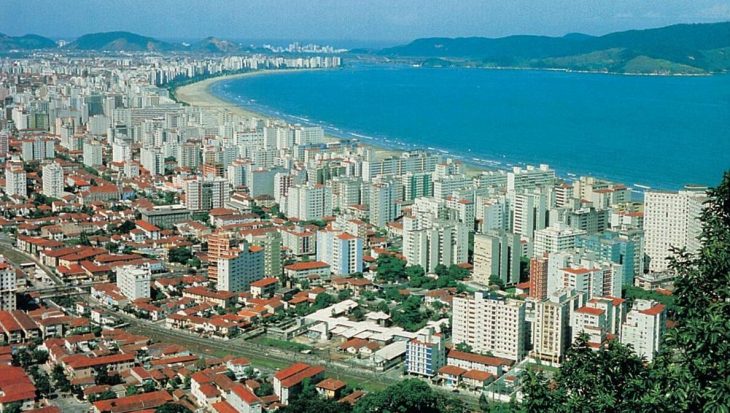 Population of Brazil by Year (Historical)

Major Cities in Brazil by Population

The population is very mixed and is often called a rainbow of people and cultures. Most originate from South American Indians, Africans and whites from Europe and the Middle East. The Portuguese colonial community viewed the various peoples as a continuum, and did not have the same sharp black-and-white distinction as, for example, in the southern states of the United States. A mixed population therefore developed rapidly, and the Portuguese language became rich in terms describing origin. For example, a person with mixed European/African background is called mulata, European/Native American background for cabloco or mameluco, while African/Native American background is called cafuzo. It is also common to describe skin color, and the census has questions about it (unlike today’s North America where the focus is more on ethnicity). At the 2000 census, 54% said they considered themselves white (branca), 6% considered black (preta), 0.5% considered yellow (amarela; with East Asian origin), 39% considered mixed (parda) and 0.4% consider themselves indigenous. There are regional differences. In the Southern region, the proportion of whites is 84%, while it is around 30% in the Northeast and Northern regions. There is a clear trend in the census that the proportion of mixed provenance is becoming more and more common, and in the North and Northeast region a clear majority already belong to this group.

The black population comes from slaves taken from West Africa, Nigeria, Angola and Mozambique. It is uncertain how many slaves were transferred to Brazil altogether, but it is generally accepted that the figure is most likely to be between 3.5 million and 4 million. on their hand power. The first slaves were set to work on sugar plantations in the Northeast region and in Rio de Janeiro, replacing Native American slaves. Later, in the 18th century when gold was found in Minas Gerais, new slaves were set to work in the mines. Although the mortality rate among slaves was extremely high, the number of slaves quickly exceeded the number of whites. It is estimated that in the early 1800s was 2/3 of Brazil under 3 million. Non-indigenous residents African slaves. After the abolition of slavery in 1888, almost all of the freed slaves were in deep poverty. Still today, access to education, health care and the labor market are generally significantly lower for blacks than for whites. Blue. average salaries are more than twice as high for whites as for blacks. Traditionally, it is almost exclusively in the fields of arts, entertainment and sports that one finds blacks with professional success. The largest number of blacks resides in the state Bahia; followed by São Paulo, Rio de Janeiro, Minas Gerais and Maranhão.

It is difficult to estimate how many Indians who lived in today’s Brazil at the European discovery of the country in the year 1500. A common estimate is approximately 5 million spread over 1400 tribes and in 1300 different languages. At the 2000 census, 701,000 people considered themselves Indians. This is a drastic increase since 1990, where until then there was a steady decline. Today’s Indians represent approximately 215 ethnic groups and speak 180 different languages ​​and dialects. It is known that (as of 2002) there are still groups that have not yet had contact with white people. The number of people who identify as Native Americans is growing much more strongly than the general population, partly because improved health services have effectively improved social indicators such as life expectancy and child mortality., and partly because the demarcation of Native American land has intensified on the basis of the Constitution of 1988. In total, 12% of Brazil’s land is registered (or is in a registration process) as Native American land. The largest areas are in the states of Amazonas, Pará and Roraima, but land is allocated in all the states except Piauí and Rio Grande do Norte. However, it is a major problem that their lands are invaded by settlers, gold diggers and others who wish to exploit forest resources and/or plant plantations. A related problem is whites that carry diseases, including malaria, and which otherwise have a negative impact on their environment and culture.

The first whites, who came from Portugal, settled in the country as early as 1531. Immigration of whites was relatively small for the first 300 years. The Portuguese immigrants were not usually laborers, but fortune hunters who wanted material wealth as soon as possible, managers and owners of plantations or colony administrators. Modern immigration started only after independence from Portugal. Between 1819 and 1883 there were approximately 500,000 immigrants. Later the rate of immigration increased, and between 1884 and 1954 4.6 million immigrants came from Europe. Of these last, approximately 32% Italians, 30% Portuguese, 14% Spaniards and 4% Germans.

In Brazil, there are currently more than 1 million descendants of Japanese and Korean immigrants who are particularly active in coffee, cotton and tea production. São Paulo today has the world’s largest colony of Japanese outside Japan.

There is great mobility in the population. A sustained stream of poor people is moving from the Northeast and south to the relatively rich and industrialized Southeast with the huge metropolitan cities of São Paulo, Rio de Janeiro and Belo Horizonte. Periodically since 1960, large groups have also moved to the vast, sparsely populated areas of the North and Central West. The pioneer cities here grow by 5% or more a year. Here, resourceful pioneers (entrepreneurs) move from the Southeast and South regions as well as large groups of poor job seekers from the Northeast. The opening of these areas began with the construction of the new capital of Brazil in 1960 (the “march to the west”), and has continued with the construction of new roads through the Amazon. These roads have also opened up for rural migration by colonists who buy up land and plant huge plantations and cattle farms. A new migration trend emerged in the 1990s when large numbers of people began to return to their original home districts in the Northeast region due to improved quality of life and job opportunities at their home.

In relation to the area, Brazil is sparsely populated: 21.6 residents per km2. However, the population is very unevenly distributed and the predominant proportion lives in a belt along the coast. The Southeast region with São Paulo and Rio de Janeiro has 43% of the population of 11% of the area. By comparison, the North and Central West regions, with 65% of the area, have only 14% of the population. Internal migration is causing cities to grow rapidly, and Brazil’s population is becoming increasingly urbanized. In 2000, 81% of Brazil’s population lived in cities, up from 56% in 1970.

The country’s official language and mother tongue for the majority of the population is Portuguese.

Among the most widely used Native American languages ​​are gê, arawak and tupí-guaraní.