Turks and Caicos Islands, British colony in the Caribbean; 430 km2, 36,000 residents (2018).Turks and Caicos Islands comprise two small island groups with a total of 30 islands, six of which are inhabited: Grand (Middle) Caicos, North Caicos, South Caicos, Providenciales, Grand Turk and Salt Cay. These are located southeast of the Bahamas and north of Hispaniola. The residents are of African descent. Tourism, banking and fishing (lobster and mussels) are the main sources of income. The capital is Cockburn Town on Grand Turk.

Arawak Indians originally inhabited by ethnic tribes and Lukayuesi places. In 1512, the islands were discovered by the Spanish, but later became a British colony in 1766. In 1799, they returned to the jurisdiction of the Bahamas, and from 1875 to 1959 came under the jurisdiction of Jamaica. After Jamaican independence in 1962, the islands remained British colony. In 1972 the Queen appointed the first Governor of the Islands.

The fishing and salt industries are the main source of income, as well as revenues from tourism and financial services. 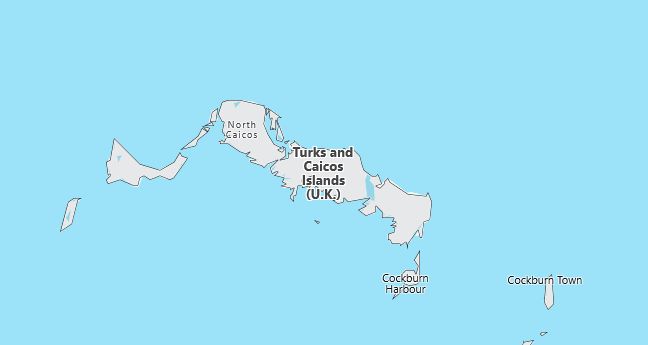