Grand Cayman and Cayman Brac are low-lying; At Cayman Brac, limestone formations rise up to 43 meters above sea level. Cliffs protected by coral reefs dominate, but on the Grand Cayman there is also a mile-long sandy beach. The islands have a rich tree vegetation. Mangrove swamp covers 30 percent of the surface. The climate is tropical and mild throughout the year. The rainy season lasts from May to October. The average rainfall is 1 575 mm per year. 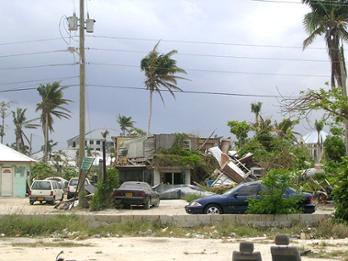 Of the population, 25 percent are European, but the majority are of mixed European and African descent. The official language is English, but Spanish is also widely used.

The Cayman Islands have many tree species that are exploited commercially, partly for the sake of their fruits – mango fruits, coconuts and the banana, and partly because they provide precious wood, such as mahogany. There is a rich wildlife. The only native mammal is gold hare (yellow aguti). There are a large variety of crawfish, lizards and turtles such as green sea turtle.

The United States is the main trading partner. The main sources of income are tourism and finance. During the 2000s, the Cayman Islands have grown into an important banking and financial center. The service industries dominate employment, while agriculture employs only a small part of the population. The standard of living, average life expectancy and level of education are almost comparable to those in the developing world.

The Cayman Islands were discovered by Columbus in 1503 but were not taken into effective possession until during the sugar boom in the Caribbean in the 18th century. England gained supremacy over the islands in 1670, and they were administered from Jamaica until 1959. In 1971 the islands became their own governor and the following year a constitution. Appropriate legislation, introduced at the end of the 1960s, has given the islands a special position in the international financial world.

Financial services and tourism are the two economic pillars of the community. 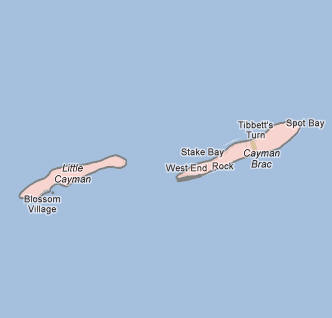