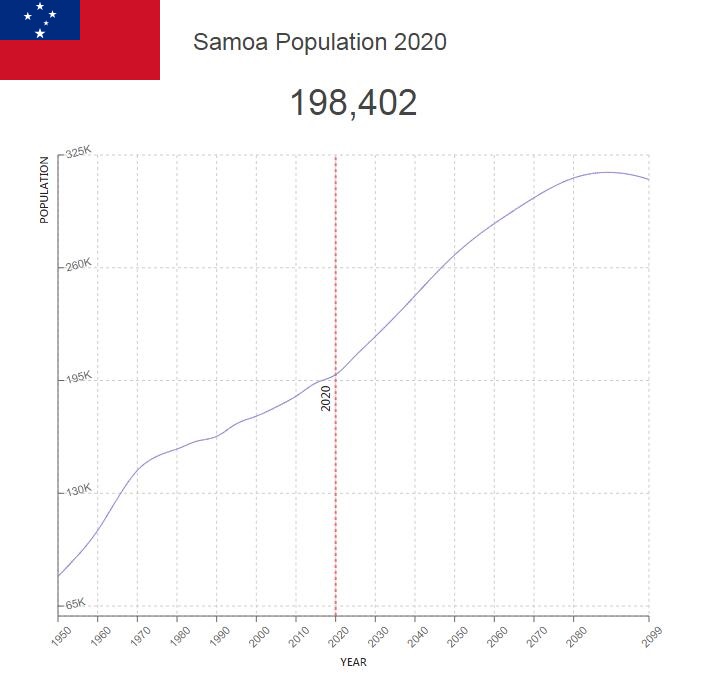 Samoa was the first country in the region to become independent. The country has strong historical and cultural traditions that characterize society and politics. 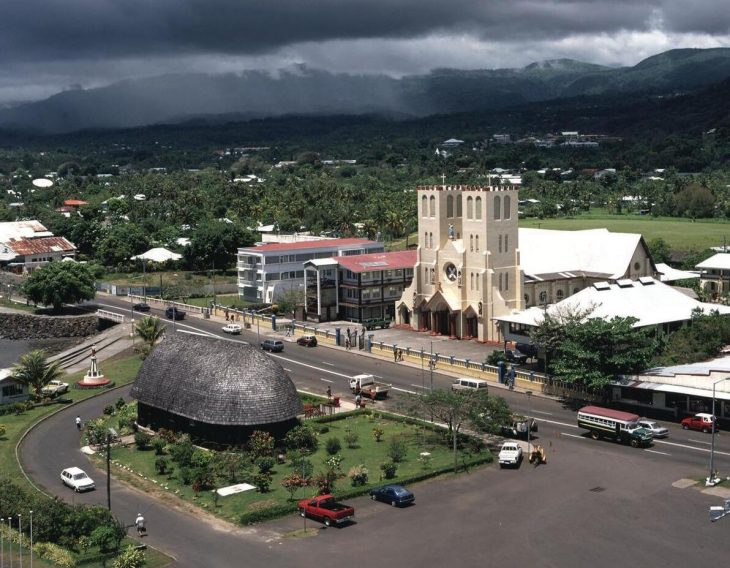 The majority of the population (90%) are Polynesians. A small proportion are of European-Polynesian origin; by the way, there are smaller groups of Chinese and Europeans.

Close to 3/4 of the population live on Upolu and islets Manono and Apolima. Due to the large areas under the solidified lava, the largest island, Savaii, is less habitable and in 1990 had 44 900 residents. Tuasivi is the largest village here. The country’s capital and only major city is Apia on Upolu (39,700 bb, 2001). Fanuatapu, Nuutele, Nuula and Nuusafee are uninhabited.

Population of Samoa by Year (Historical)

Major Cities in Samoa by Population

The traditional religion of Samoa was pantheistic, and emphasized mana and various taboo conceptions. British Congregationalists began missionary activities in the islands in the early 1800s.

English and Samoan are official languages. Samoan belongs to the Polynesian subgroup of the Austronesian language family.