The islands of Samoa are of volcanic origin and are built up of lava and rough but consist of the lower, coastal parts of coral reefs. Crater lakes occur and receive their water from the abundant rainfall, which also gives rise to fast-flowing streams with numerous waterfalls. The islands are located in the tropical climate belt. Typhoons are common, mainly in December – March.

The country is a parliamentary democracy with a head of state and a single-chamber assembly elected for five years. The executive power rests with the head of state, and government power is exercised by a cabinet with a prime minister and twelve ministers. The country became independent in 1962.

Agriculture, mainly cultivation and processing of coconuts, has largely determined the development of business. Often tropical storms have destroyed harvests and infrastructure and led to a sharp decline in exports. Fluctuating prices in the world market for copra and cocoa have also created problems. The country is heavily dependent on international aid. 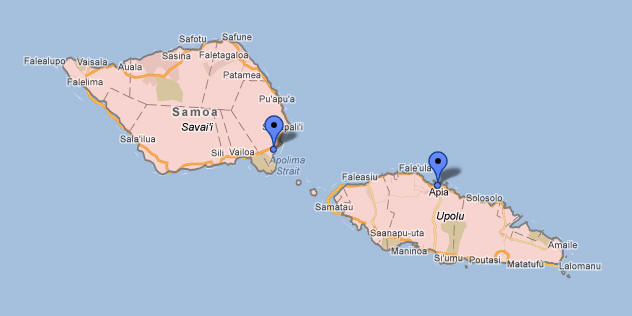