Panama City is the capital of the Republic of Panama. It is located on the Gulf of Panama on the Pacific side and has 1,713,070 residents in the metropolitan area (INEC, 2010). The city is located at the terminal point of the Panama Canal, a few kilometers from the channel outlet in the Pacific Ocean. Balboa in the Channel Zone is the port of the city.

The city’s economy is largely based on services provided to the Channel Zone. The industry includes the production of consumer goods, breweries and refineries. Panama City has National University (1935), Justice and National Palace.

The old town is laid out in checkerboard pattern and has many beautiful Spanish colonial buildings. Since Panama City became the capital of 1903, modern high-rise buildings and skyscrapers have been erected. Both the ruins of the original city, Panama Viejo, and the “new” old town, Casco Viejo, are listed on UNESCO’s World Heritage List.

The city was founded in 1519 by the Spaniards and is the oldest European city on the American mainland. Spain’s trade with Peru and the other Pacific colonies crossed the city. The city was looted and seized in 1671 by pirate Henry Morgan. Two years later, it was rebuilt on a peninsula eight miles southwest of the original city.

In 1751, Panama City became part of the New Kingdom of Viceroy, and from 1821 part of Greater Colombia. Colombia’s independence was declared in 1903, and Panama City was designated the capital of the new nation. One reason for the Panamanian separatist movement to win was the support of the United States. Two weeks after independence, the Hay-Bunau Varilla Treaty was signed, affirming the rights to build a canal through Panama. The development of the city accelerated with the construction of the Panama Canal (1904-1914). 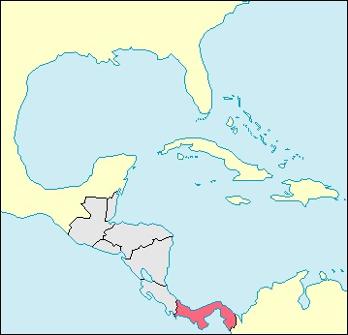