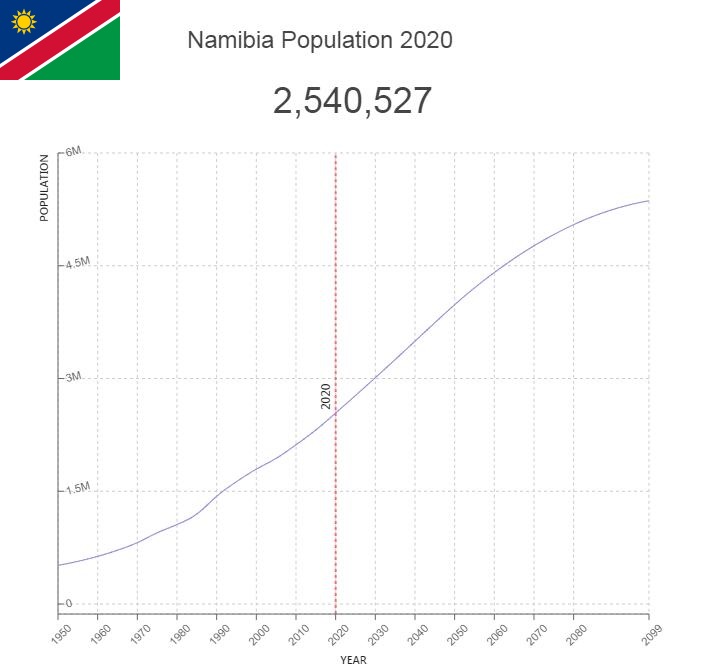 Namibia is one of the driest countries in the world, and sparsely populated. The country became independent as late as 1990, struggling with huge income gaps. 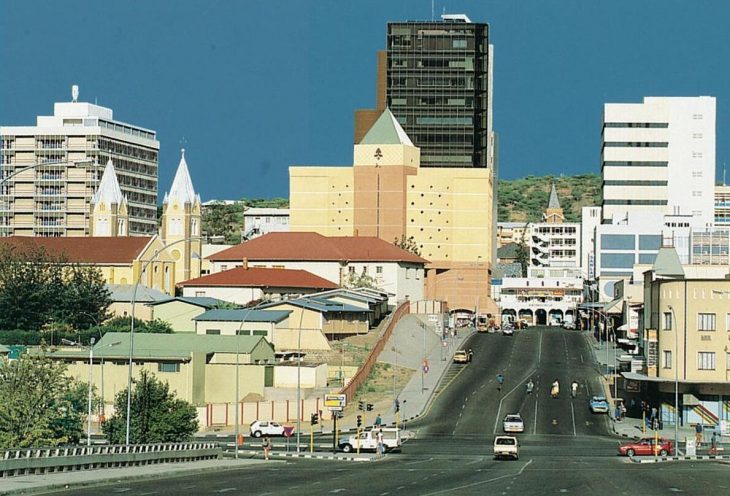 Population of Namibia by Year (Historical)

Major Cities in Namibia by Population

About 90% of the population is Christian, of which 51% are Lutherans and 16% Catholics; furthermore, there are members of Native African churches and also Anglicans. The church played an important role in Namibia’s struggle for political liberation from South Africa. About 10% belong to local traditional religions.

After independence, English is the official language, although only approximately 2% of the population has the language as their mother tongue. Afrikaans was previously the official language, and before that German. 10% and 2% respectively of the population now speak Afrikaans and German as their mother tongue. The majority of Namibians speak different bantu languages. The main ones are ovambo, kavango (okavango) and herero. Khoisans (nama, san and khoi-khoi) are spoken by close to 250,000 people.