Windhoek is the capital of Namibia and the country’s largest city. It is located on the Khomas Plateau in the middle of the country, 1654 meters above sea level, and has an estimated population of around 370,000 (2018).

Windhoek houses Namibia’s state administration and university. Outside the city is Windhoek Hosea Kutako International Airport. Windhoek is also the hub of the country’s rail network and a significant trade center. The city has several museums, including the city’s oldest buildings – Alte Feste “the old fort” – which was built by German colonial troops in the period 1890-1915.

Windhoek has had several names in a short time. The traditional names of the area are Aigamas, which means ‘hot water’ on khoi-khoi, and Otjomuise, which means ‘place of steam’ on herero. Both names refer to hot springs in the area, and when Sir James Edward Alexander (1803-1885) came here in 1837, he named the place “Queen Adelaide’s Bath” in honor of the British Queen. In the years that followed established missionaries from the Rhine and Australia settled here; The mission stations were named Elberfeld (1842) and Concordiaville (1844).

Today’s name was given to the town by Jonker Afrikaner (1820-1889), who arrived in the area in 1840 with a mixed group of Nama people and Europeans from the Cape. The group was both Nama and African. Young Africans were from Winterhoek (winter corner) in Cape, and this name was used interchangeably with Windhoek (wind corner). When the Germans created a military post on the Khomas plateau in 1890, the name was Windhuk. The town was once again named Windhoek when the area came under South African rule in 1915. When Namibia became independent in 1990, Windhoek became the capital. 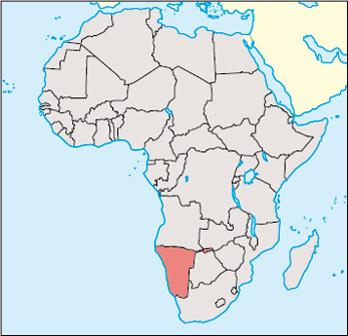