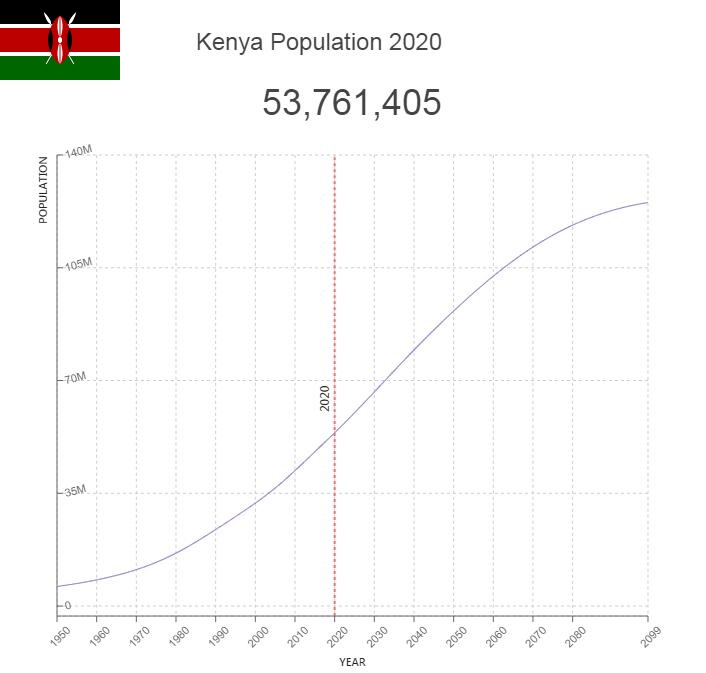 Kenya became independent from Britain’s colonial rule in 1963. After several years of economic downturn, the country’s economy has slowly but surely rebuilt, but corruption and lack of modernization still pose major obstacles to the country’s economic development. Much of the country’s population lives below the poverty line and Kenya relies on international aid. 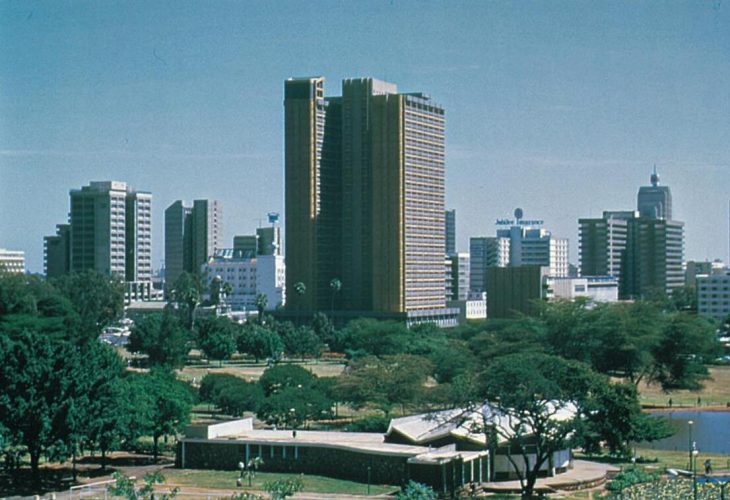 Population of Kenya by Year (Historical)

Major Cities in Kenya by Population

The majority of the population belong to various Bantu people. The largest of these groups are kikuyu, luhya and akamba, which have agriculture as a traditional main industry. The Kushite-speaking Boran and Somali and the Nilotic-speaking Masai run cattle breeding. Other large Nilotic-speaking groups are Luo and Kalenjin. Along the coast are Arabs (predominantly Mombasa) and Swahili. The Indians and Europeans, who have mainly come after 1900, are mostly in Nairobiand Mombasa. White farmers especially settled on the Kikuyu Plateau, nicknamed the White Highlands, where they reserved 33 million acres of Kenya’s best land. Most of them are now emigrated, and the land is distributed to kikuyus.

The average population density is 77.9 residents per square kilometer, but the majority is concentrated to the southwestern part of the country and to the coastal zone. About three-quarters of the population lives here on about 10 percent of the land area. The rest of the country is near the people’s land, partly because it is so water-poor. The vast majority still live in the countryside, but there is a slight influx of cities, which in 2018 had 28 percent of the population (up from 19 percent in 1989). Major cities are the capital Nairobi and the port city of Mombasa.

By 2020, approximately 83 percent of the population was Christian (48 percent Protestant, 23 percent Catholic, 12 percent were other types of Christians), while 11 percent were Muslims (mainly in coastal areas). Traditional African religions have support from around 1.2 percent. There are also Hindus, Jaina, Sikhs and followers of Bahai.