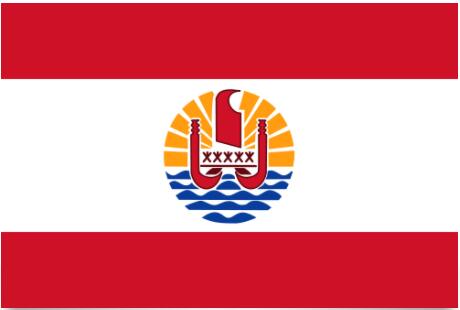 This area is located in southeastern Polynesia. Most of the islands are of volcanic origin and are surrounded by coral reefs. The landscape is generally mountainous and the climate is tropical with significant rainfall. The soil is relatively fertile, which allows for agriculture. The “Windward” and “Leeward” islands are part of the Society archipelago. France has conducted extensive nuclear tests in the area for 26 years, which has caused significant damage to the environment and people.

Administrative division: 5 areas: “Windward” islands consisting of Tahiti, Murea (Moorea), Maio; its center is the district of Papeete. “Leeward” islands and the government of Utoroa on the island of Ralatea. It also consists of the islands of Huahine, Tahaa, Bora-Bora and Maupiti. Tuamotu and Gambier archipelago. Marquesas Islands.

Government: Since May 2016, the French government has been represented by High Commissioner René Bidal, who is in charge of defense, foreign policy and the judiciary.
Prime Minister since May 2009 is Gaston Tong Sang. The local parliament has 57 members elected for a 5-year term. It elects a Council of Ministers and a President. President since September 2014 is Édouard Fritch.

Armed Forces: France is responsible for its defense.