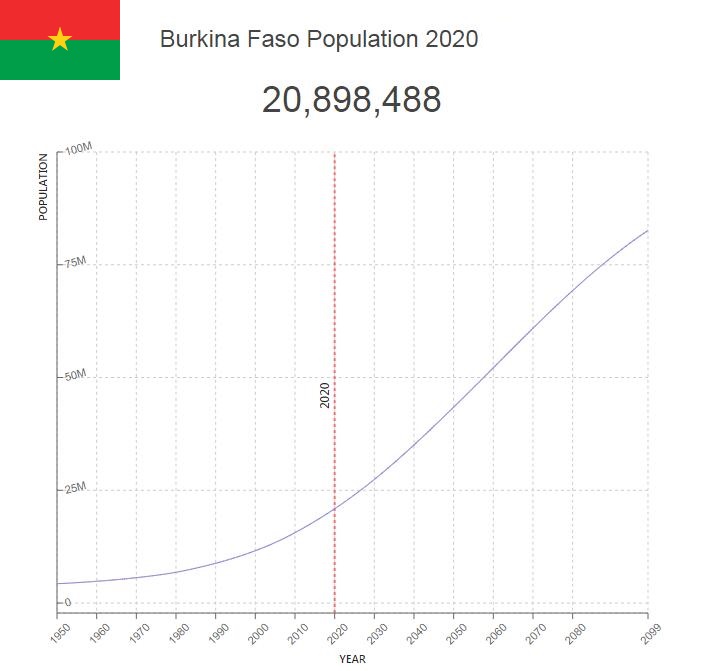 Burkina Faso is one of the world’s poorest countries. Since 2019, violence and terror have led to hundreds of thousands of people fleeing internally in the country.

The population is estimated at approximately 13.6 million (2004), annual population growth to 2.5% (1991–2001) and median age to 42.6 years for women and 40.6 years for men. The birth rate in the period 1995–2000 was 49.1 ‰ and mortality was 17.9 ‰. Infant mortality is high, 100 per 1000 live births; this is nevertheless a decline compared to the first part of the 1990s (208 per 1000). Social conditions reflect the country’s position as one of the poorest in the world, with low life expectancy and many dying from diseases such as measles, malaria and tetanus. Most residents live in the countryside, in communities with old and strong traditions that can sometimes stand in the way of health improvements, e.g. a high proportion of women are circumcised. Only just over 50% of the population has access to clean water. 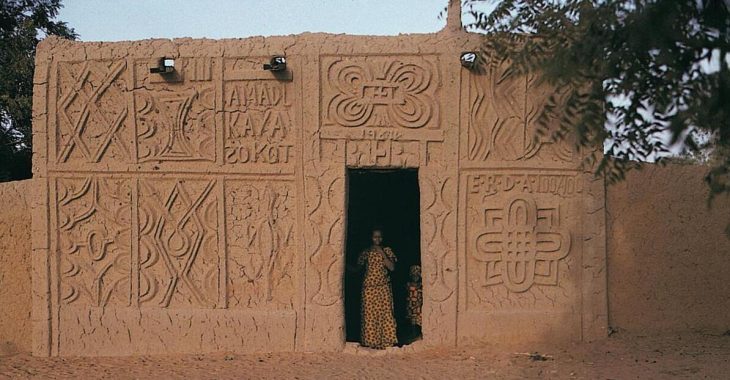 The country’s population plays an important role in the West African migration pattern. Many go on seasonal work to neighboring countries, especially the Ivory Coast and Ghana; an estimated 1 million are foreign workers abroad at any given time. These revenues are of great importance to the country’s economy.

With an average population density of 49.5 people per km2, Burkina Faso is a populous country by African conditions. Most densely populated are the areas around Ouagadougou. About 80% of the population lives in rural areas, but the urban population is growing rapidly. Major cities are the capital Ouagadougou and Bobo Dioulasso.

Muslims make up about 50% of the population, 40% belong to African religions. The remaining 10% are Christians – most members of the Catholic Church.