Lusaka, the capital and largest city in Zambia. It is estimated that Lusaka and nearby urban areas have 2.5 million residents (2019). The city is 1280 meters above sea level and has a temperate climate.

Lusaka has been named after a village and a chief who lived in the same area. During the construction of a railway from South Africa to the south and north of the continent, Lusaka became a stop on the road. The railway was part of the British businessman Cecil Rhodes dream of a railway from Cape to Cairo. Lusaka’s main street was thus named Cairo Road

When large copper deposits were discovered north of Lusaka in the 1920s, the settlement grew. In 1935, Lusaka became the capital of Northern Rhodesia, a status previously inhabited by the city ​​of Livingstone by the mighty Victoria Falls of Zambezi. Lusaka became an important hub between the rich copper areas in the north in the copper belt and the Belgian Congo, and Rhodesia and South Africa in the south. In 1960, the city became the seat of a civil disobedience campaign against the colonial government.

After independence in 1964, Lusaka became the administration center for Zambia. In 1965, the city received a university, the University of Zambia. The country’s national assembly and president are located in Lusaka. In addition to being an administrative center, Lusaka has a number of industries related to agricultural production in the area around the city.

The city acts as a junction on the road between southern and eastern Africa. Lusaka has a train connection to Zimbabwe in the south and Tanzania in the northeast. There is also a train line to Ndola on the border of the Democratic Republic of Congo. 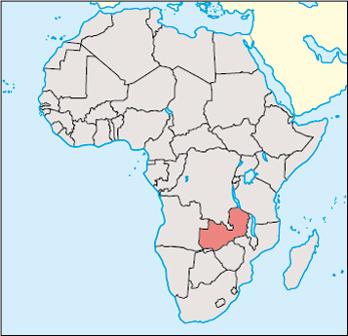