As of 2019, there are 38 airports throughout the state of Georgia according to IATA and ICAO. Through the table below, you can find name of each airport, its abbreviation, city location, and size. Airports in Georgia are listed in alphabetical order. Please note that some airports serve internationally, while the other only serve domestically. 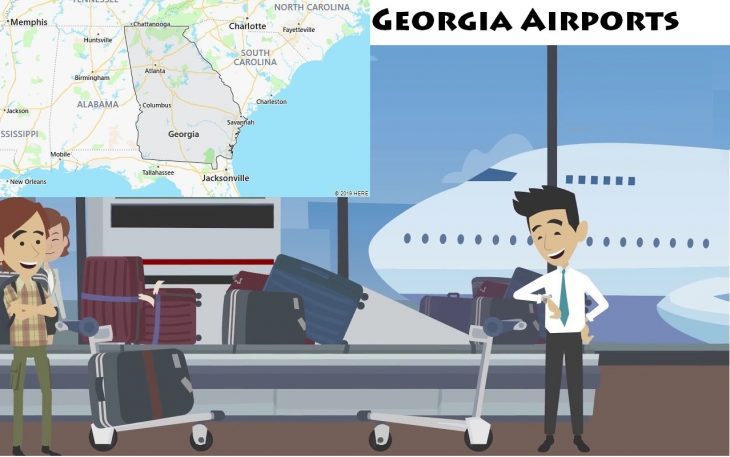 Georgia was established in 1733 as a British colony. It was one of the 13 colonies that originally formed the United States of America in the second half of the 18th century. It officially became a state in 1788. It separated from the USA in 1861, seeking to maintain slavery. After being defeated in the Civil War, along with the other Confederate states, Georgia returned to the Union with the northern states in 1870.

Atlanta is the capital and largest city in the state of Georgia, an important economic and cultural center in the southern United States. The City is located on the Piedmont Plateau, in the eastern part of the Appalachian Mountains.