As of 2019, there are 412 airports throughout the state of Alaska according to IATA and ICAO. Through the table below, you can find name of each airport, its abbreviation, city location, and size. Airports in Alaska are listed in alphabetical order. Please note that some airports serve internationally, while the other only serve domestically. 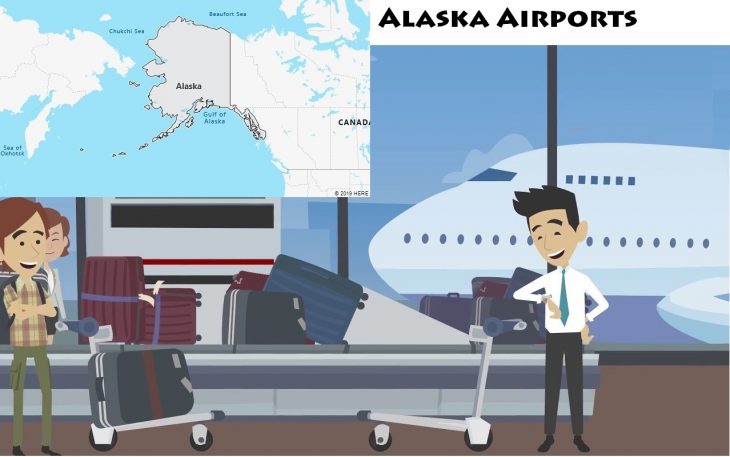 Alaska is one of the 50 states in the USA. It was purchased from Russia, in 1867, and incorporated into the Union, as a state, on January 3, 1959. The population is 737 thousand residents (2014). The capital is Juneau, with 33 thousand residents. Alaska is normally considered to be part of the Arctic region.