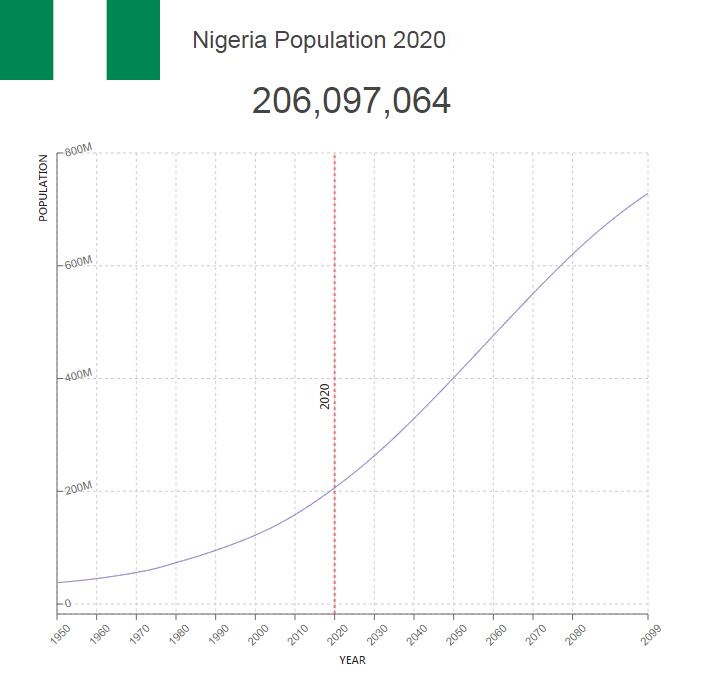 Nigeria is both the largest economy and the most populous country in Africa. Still, many people live in extreme poverty. The country is rich in natural resources, but is characterized by many years of extensive corruption and conflict.

Nigeria is Africa’s most populous state. Due to the ethnic conditions, the question of the size of the population is politically sensitive, and there is doubt about the accuracy of the data. In 2015, the population was projected at 182 202 million (UN). The annual population growth in the period 1993–2003 was estimated at 2.8 percent. The mortality rate for children under five is approximately 200 per 1,000 children. 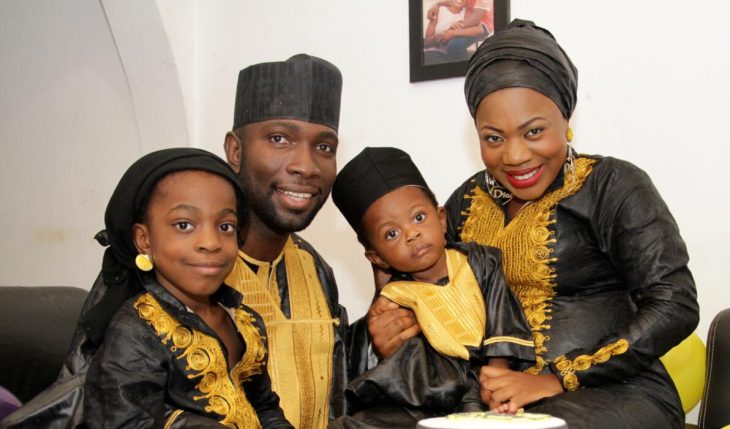 Both birth and death rates are high, at 40.6 and 17.2 per thousand respectively, and Nigeria has a relatively “young” population: 42 percent of the population is under 15, almost three-quarters under 30, and only 3.1 percent is 65 years or older. The average age is 46 years for women and 45 for men. According to the UN, about 5.5 percent of the adult population lives with HIV/AIDS.

Population of Nigeria by Year (Historical)

Major Cities in Nigeria by Population

The population is divided into over 200 ethnic groups, each with its own language and culture. The largest ethnic groups are Hausa and Fulani, which together make up about 30 percent of the population (2005), Yoruba, which constitutes about 20 percent, and ibo, which makes up 18 percent.

Hausa is the dominant group in the north. Intensive agriculture has provided the basis for crafts and trade.

Fulani are traditionally cattle herdsmen, but most have gradually taken up farming and become resident. Fulani is located in the forest and savanna area which extends from the border with Senegal in the west to Sudan in the east.

Yoruba is a farming people living in the fertile areas of the southwest.

Ibo (igbo) makes up the majority of the population in the southeast. They are traditionally arable farmers, but moved in early to the cities and were long the dominant urban population. Ibo is divided into a number of tribes, each with its different dialects of the ibo language.

Other prominent but smaller groups are edo and Ibibio, both in the forest belt in the south, tive and Nupe in the middle belt and Kanuri in Chad pool. The Middle Belt shows the greatest ethnic and linguistic variation; there are 180 different languages.

The main difference between the spread of Islam and Christianity in Nigeria goes north-south, but eventually many Nigerians have settled in other parts of the country than their core area. In addition, a large proportion of the Yorubis are Muslims.

Almost 50 percent of the population is Christian, with the majority in Eastern Nigeria. The Muslims, mainly Sunni Muslims, also account for just under 50 percent, with the center of gravity in the north and west. Around 5 percent are supporters of various local ethnic religions.

For most people, religion and spirituality play an important role in their lives and are an important part of their identity. Many practice a mixture of modern and traditional religions.

English is the official language. The most widely used African language is the Hausa, which serves as a lingua franca across much of Northern Nigeria. Other important languages ​​are full, yoruba, edo, ibo (igbo) and ibibio.

The use of the Arabic alphabet meant that full and hausa were among the first African written languages ​​next to Swahili in East Africa.