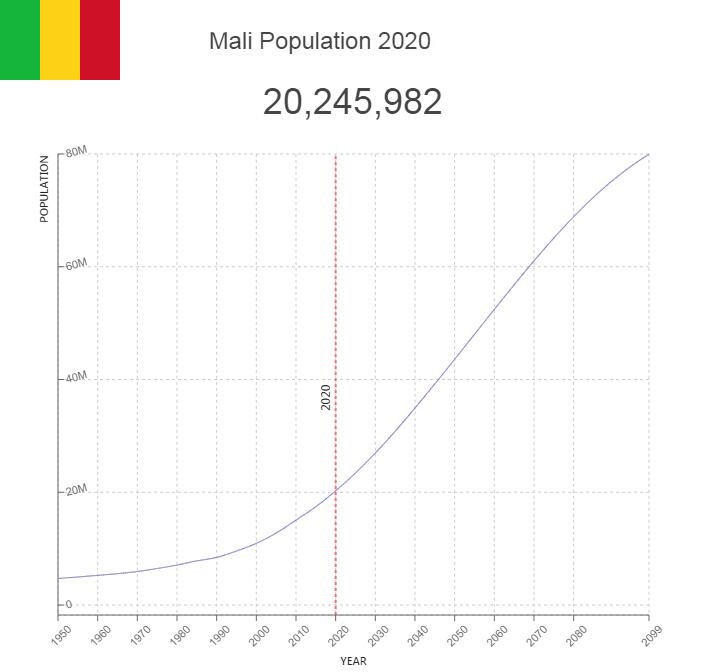 Mali has long been a center of trade and culture in northwest Africa. Today, the country is characterized by conflicts between the government, nomadic Tuaregs, and growing Islamist rebel groups.

In 2016, the population of Mali was estimated at 18 million residents. Annual population growth has long been around 3 percent. Mali has high birth rates, and the fertility rate is over 6 child births per woman. Natural growth (born ÷ dead) is reduced by labor migration (especially to the coastal countries in the south). According to UN data from 2003, about 2 percent of the adult population has HIV/AIDS. 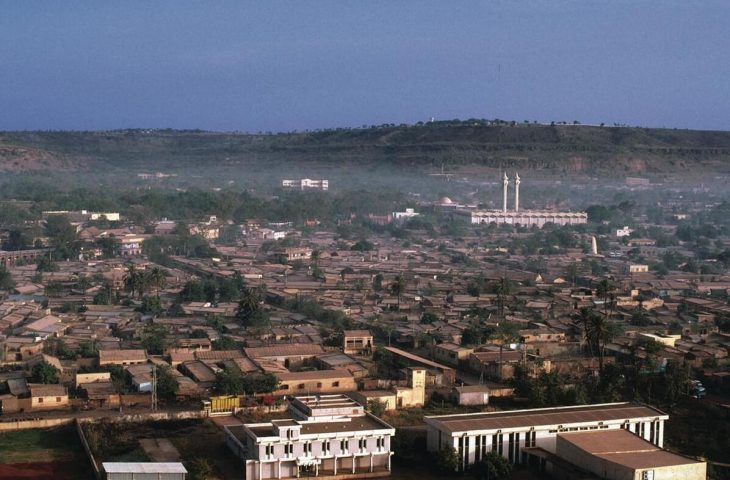 The population is made up of dozens of different ethnic groups. The largest groups are bambara, which counts just over 30 percent of the population, senufo, fulani, mandingo (malink), dogon, songhai, moors and tuareger. The Fulani combine cattle farming with agriculture. Many Tuaregs in the north are nomads. The other groups feed mainly through agriculture. However, such adjustments may vary over time. During drought years, for example, more people will move to cities or neighboring countries to take paid work. When rainfall rises again, many will move back to continue farming or cattle farming.

A violent conflict that started with a revolt against the state among the Tuaregeans in the north characterized Mali in the 1990s. The reason for the uprising was that the Tuaregs as nomads feel politically and economically marginalized by the state dominated by bambara and other groups in the south.

The settlement is particularly concentrated on the river basins in the middle and southern parts of the country as well as on the more fertile areas in the south. The urban population has increased rapidly, making up 30 percent of the population. The largest city is the capital Bamako.

Population of Mali by Year (Historical)

Major Cities in Mali by Population

French is the official language. The majority of the population speak bambara which belongs to the male languages ​​of the Niger-Congo language family. This language group also includes malink. The Gurs languages are represented by Senufo, the West Atlantic languages ​​at Fulani. In the north, the Berber language is spoken tuareg.