Cairo is the capital and largest city of Egypt. It is located on Africa’s longest river Nile, about 15 km south of the Nile Delta. The metropolitan area of ​​Cairo has 18,772,000 residents (estimate for 2015, United Nations Population Division). The city is Africa’s largest, and an important cultural, political and economic center. Cairo is on the UNESCO World Heritage List.

The tourism industry is considerable in Cairo, and a significant part of the country’s service sector is located here. Cairo is also the seat of government, parliament, courts and administration. The industry is extensive and varied. Around 40 percent of the country’s industrial companies are located in Cairo. The chemical, mechanical and metal industries have grown alongside the older textile, leather and tobacco industries.

Cairo is officially called Al-Qahirah in Arabic, but is often referred to daily as Masr, which is also the Arabic name for Egypt. The city was originally, until 973/974 called Al-Mansuriyyah.

Cairo has many museums with outstanding collections, including the Egyptian Museum (1857), the Museum of Islamic Art (1881) and the Coptic Museum (1908), a valuable library, opera and several theaters. On the west bank is a large zoo. A new, magnificent museum of Egyptian history and archeology, the Grand Egyptian Museum, is under construction in Giza. The opening is scheduled for 2020, but has been postponed several times.

Most of the city lies on the east bank of the Nile, but the suburbs also extend beyond the west bank. The eastern, ancient city between the Nile and Mokattam hills has narrow and crooked streets with many beautiful buildings, with most of the several hundred mosques. Particularly magnificent are those named after Amr (642), Ibn Tulun (876-879), Azhar (970-972), Kalaun (1284-85) and Hasan (1356-62). Widely visible is the Muhammad Ali Mosque, completed in 1857.

Further west, Cairo has a more western feel with wide streets and modern high-rise buildings. To the east of the old town lies the “City of the Dead” with the tombs of the Caliphs and the Mamluks, and in the northeast the new district of Heliopolis with the ruins of ancient Heliopolis.

South of Cairo is Old Cairo (Misr al-Qadimah) with two Coptic churches from the 500s and the Coptic Museum. The city also extends to the islands of Gezira (az-Zamalik) – with large park and sports facilities and a 186-meter-high lookout tower – and Roda (ar-Rudah), with the “nilometre” (a well with a column of division, which shows water level in the Nile). On the left is the large suburb of al-Jiza with the zoo and the University of Cairo. Parts of Cairo are on the UNESCO List of the world’s natural and cultural heritage.

The area around Cairo was built before the new city was founded in 969, and nearby Memphis was the capital of ancient Egypt. Also, the new, later capital is built in an area of ​​older settlements, including Roman and Byzantine, with a fortress called Babylon as its core. The remains of these are the oldest past memories of today in Cairo, and in the core area of ​​the Copts.

Cairo was founded by the Fatimid Field Lord Gohar in 969, as the seat of the Caliphate. The founder of the Ayyubid dynasty (1174–1252), Saladin, overthrew the Fatimids and built a citadel in the city. He linked the old capital of Fustat to this in 1179. The former Fustat is today in Old Cairo.

During the Mamluks (1252–1517), Cairo had a changing destiny, with some calm and growth (especially in the 1300s), and partly turmoil and rebellion, including Christian persecution. By the mid-1300s, the city had about 500,000 residents and was larger than any other city in Europe, Africa or the Middle East.

In 1517, after the battle of Heliopolis, Egypt came under Ottoman sultan Selim 1, who ruled from Constantinople, whereupon Cairo became the capital of the Ottoman province of Egypt only . This marked the beginning of a downturn, which was also characterized by the plague (black death) of Cairo several times.

In 1798 Napoleon conquered Cairo, but the French were expelled in 1801. From 1805, when Muhammad Ali Pasja took over the rule of Egypt, and not least under the successor Ismail Pasja, Egypt was modernized. Growth continued under British rule from 1882 and Egypt’s independence in 1922.

After the Free Officers and Gamal Abdel Nasser completed their revolution in 1952, Cairo became a political center in the Arab world. During the new Egyptian revolution, the uprising in 2011–2012, Cairo and Tahrir Square played an important role as the foremost arena for mass protests against President Hosni Mubarak. Under the successor Abdel Fattah al-Sisi, work on establishing a new administrative capital has begun, partly because uncontrolled population growth has put unsustainable pressure on the infrastructure of the city. 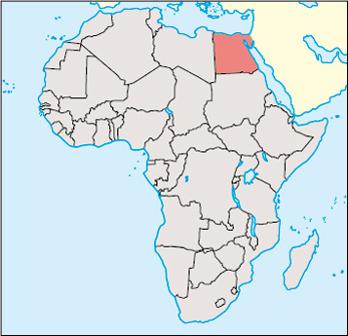