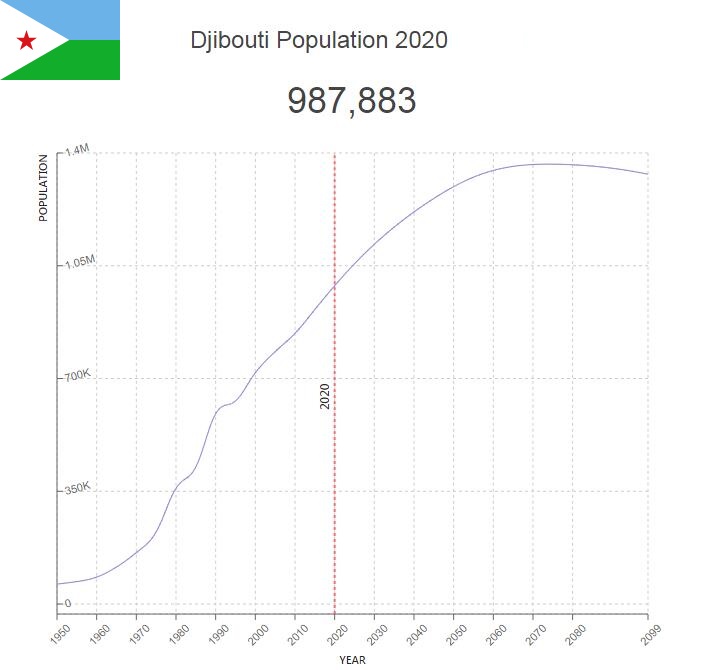 Djibouti has become an important hub in Africa due to its location at the inlet of the Red Sea. After more than 20 years as a one-party state, the country is still struggling to establish proper democracy.

In 2003, the population was estimated at 703,000 (UN data). According to the UN, the birth and death rates in the period 1995–2000 were 42.3 and 17.2 per thousand respectively. The mean age is estimated at approximately 44 years for women and 42 years for men. The population is subject to great uncertainty. because of the many refugees and illegal immigrants (especially from Ethiopia and Somalia) who live in the country. Other population estimates thus give far lower figures.

The largest population groups in Djibouti are the Issa, which are of Somali origin and constitute approximately 50% of the population, and the Afars, who are of Ethiopian origin and constitute about 35%. The Afars are concentrated in the northern and western parts of the country, the Issa in the south. In addition, there are smaller groups of Europeans (mainly French) and Arabs.

The settlement has great concentration in the metropolitan area. Other cities are Ali-Sabieh, Tadjoura and Dikhil. Many live as nomads, but these are severely affected by repeated drought periods, and many have moved into the cities.

Population of Djibouti by Year (Historical)

Major Cities in Djibouti by Population

98% of the population are Sunni Muslims. A few groups are supporters of national religions and very few are Christians.

French and Arabic are official languages. The dominant spoken language is saho-afar.