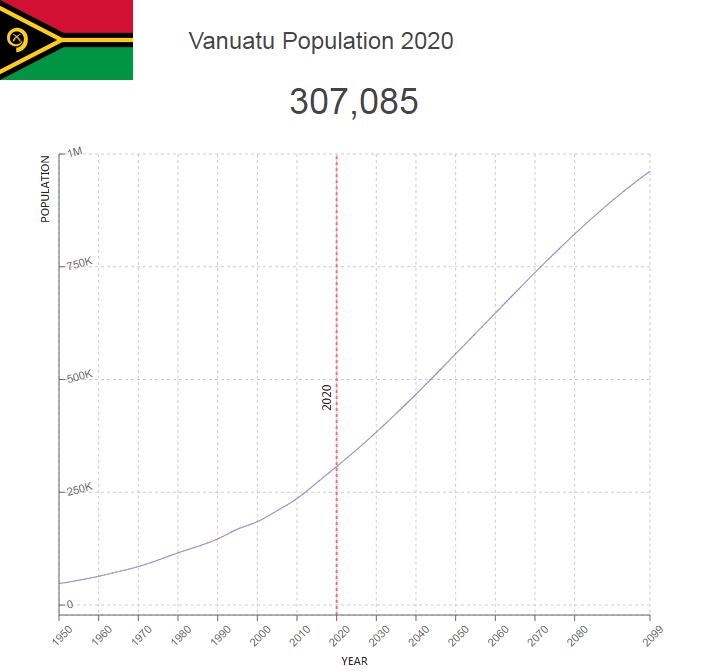 Vanuatu consists of over 80 islands in the Pacific. The inhabitants belong to many different groups of people, with their own languages ​​and traditions. The country has a well-functioning democracy, but political divisions lead to frequent changes in government.

The population of Vanuatu is estimated at 252,800 residents (World Bank 2013), and annual population growth to 2.2%, with a birth rate of 26.9 per 1000. The country has a very “young” population; 37.1% of the population is under 15, which contributes to high birth rates. However, the proportion under 15 is declining. More than 95% of the population are Melanesians. There are also smaller groups of Polynesians, Micronesians, Asians and Europeans. 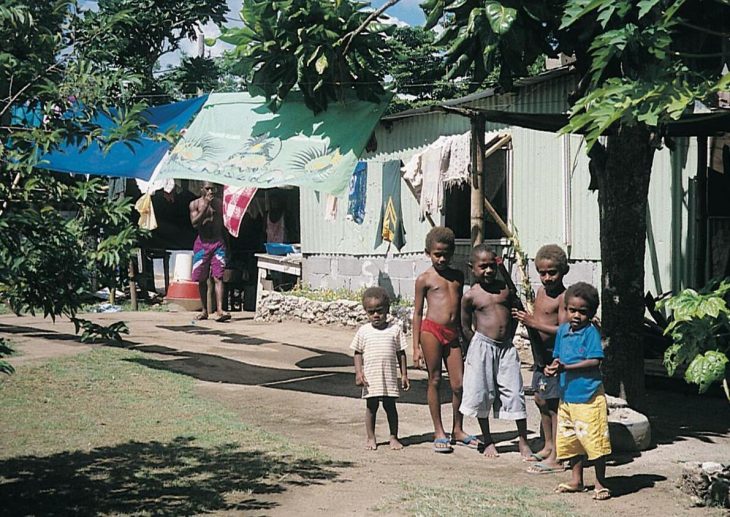 More than half of the residents live on the four largest islands; the most populous is Éfaté with the country’s largest city, the capital Port Vila (43,300 residents in 1999). Due to the rugged terrain of these volcanic islands, the settlement is concentrated along the coast.

Population of Vanuatu by Year (Historical)

Major Cities in Vanuatu by Population

The majority of the population is Christian; presbyters make up approximately 36%, Catholics 14.5%, Anglicans 14%, Adventists approximately 8%. However, traditional local religions have a strong foothold in many of the smaller islands.

The original religion of the New Hebrides was a natural religion with strong elements of paternal worship. In the 19th century, missionaries came from New Zealand, including the Norwegian-born Oscar Michelsen. In some islands, a so-called cargo cult emerged in the post-World War II era, and it has gradually taken hold.